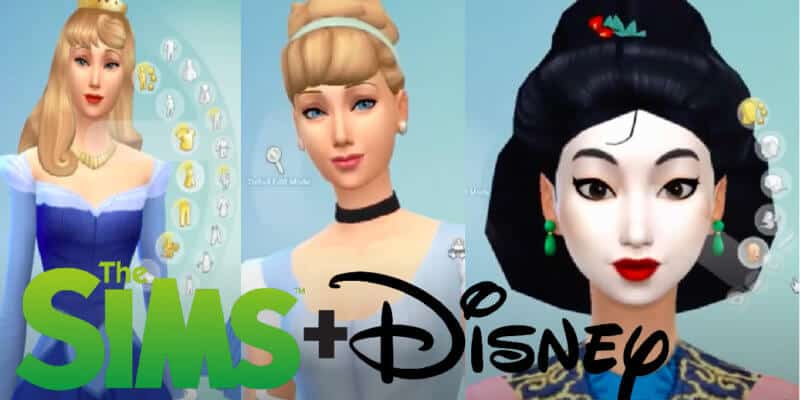 Gamers have been finding all types of ways to incorporate their love of Disney with their love of video games. The Sims franchise is no exception: check out this video series of a Sims gamer as they create Disney princess favorites in the Sims 4!

It appears that Youtube user Lo Qiao is doing a “Disney Princess Challenge” in The Sims 4, using custom content to make Disney Sims as accurate to each character as possible. Gameplay in the Sims is already heavily based on the creative freedom of the player, and Lo Qiao demonstrates how much you can stretch your imagination in the video game.

So far, Lo Qiao has taken three princesses from their own different worlds and into the world of the Sims; check them out!

Four different outfits were designed for the savior of China, including Mulan‘s alter ego, Ping! Check out at the end of the video, where they even give her the traits, “Clumsy” to represent Mulan‘s flopped attempt in the beginning of the movie at finding a husband, and “Self-Assured” to reflect the resilience she shows in her story.

Next up is the drowsy Princess from Sleeping Beauty, Aurora. The princess is created with three different outfits, including her casual outfit in the beginning of the story, to her classic blue dress. She is humorously given the “Lazy” trait, given her sleepy role in the story, as well as “Clumsy” and of course, “Romantic”.

Last up in the Princess series currently is Cinderella. She is designed her original outfit in the story as she tidies up after her step-sisters and step-mother. She is also designed in the pink dress that she sews with the help of her animal friends, and the dress also appears after her step-sisters ruin it! But of course, as the story should have a happily-ever-after, she is lastly designed in the classic blue dress that is gifted to her by her fairy godmother.

Keep an Eye Out For More Disney Favorites!

That’s currently the last of the Disney Princess Sim Challenge that Lo Qiao has posted, but keep an eye out for more potential favorites-perhaps they will post more favorites like Pocahontas, Snow White, or Tiana!

Is there another character from a Disney movie or another original story that you’d love to see in the game as a Sim? Let us know in the comments below!