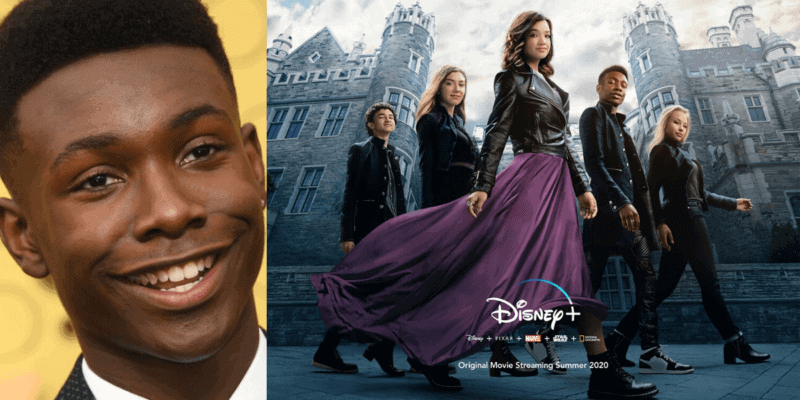 Among the plethora of shows and movies slated to become Disney+ Originals, there is the Secret Society of Second-Born Royals. This live-action sci-fi/fantasy flick will tell the story of princes and princesses who find themselves behind an older sibling in line for the throne, but also have super powers. It will also make Disney history by introducing the first live-action Black prince: Prince Tuma, played by Niles Fitch.

The actor known best for his role on the show This is Us announced that he got the part by tweeting several pictures and saying “Welcome Disney’s first Black prince.”

Little is still known about Prince Tuma except that he has superpowers like his peer and that he is charismatic and extremely self-centered. Fitch joins a cast that includes Peyton Elizabeth Lee, Olivia Deeble, Isabella Blake-Thomas, and Skylar Astin.

Since Princess Jasmine’s debut in 1992, Disney has incorporated a few characters of color over the years including Pocahontas, Mulan, Elena of Avalore, and Tiana. While many would point to Prince Naveen as Disney’s first Black prince, his ethnicity is never confirmed as such, and many believe that Princess and the Frog provided Disney’s first interracial couple instead.

Related: Everything Coming to Disney+ in May 2020

Disney+‘s latest upcoming live-action film begins with a new Disney princess named Sam of the Kingdom of Illyria. While she struggles to live in her older sister’s shadow, Sam finds herself in a position where she inherits superpowers and discovering the secret society.

Led by Professor James Morrow (Astin), this secret society teaches Sam, Tuma, and the other gifted royals how to defend the realms from their seat. While their older siblings will lead from the throne, they are tasked to grow into their supportive role that is both necessary and unorthodox.

Our new heroes are called into action when the film’s villain, Inmate 34, escapes Illyria’s prison and continues his evil quest for world domination. But will these renegade royals be able to put their insecurities behind them and do what they need to do to protect their kingdoms? We’ll find out soon enough.

Secret Society of Second-Born Royals arrives on Disney+ this summer.

Are you excited for Secret Society of Second-Born Royals? Let us know in the comments!