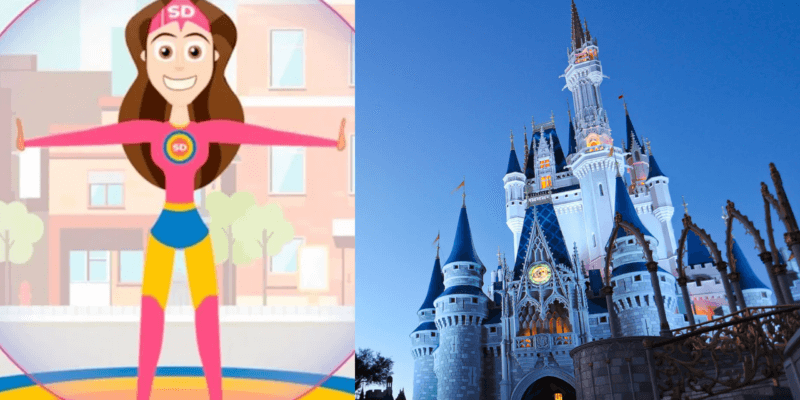 With social distancing becoming the new normal for many of us around the world to stop the spread of the pandemic and help healthcare workers, and considering that Disney is still working on figuring out how to reopen their theme parks around the world, is a new Princess being considered to assist with this?

It appears that Disney is at least considering the rollout of a brand-new princess, focused on social distancing, by potentially partnering with an existing character, Susana Distancia.

Susana Distancia is a creation from Mexico and is being used as a health communication strategy to teach people about how to use social distancing properly by the Mexican Government.

The Walt Disney Company has reportedly contacted the Government of Mexico to request informative videos so that they can be transmitted through their own channels, presumably in Mexico to begin with, according to Chilango.

While this has yet to be confirmed by Disney officially, it makes a lot of sense. The company is going to want everyone to follow social distancing rules for when the theme parks eventually reopen so spreading the message wherever they can is very sensible.

It wouldn’t be a surprise to see Disney use a character like this in places like Walt Disney World and Disneyland when they reopen to keep guests aware of social distancing rules in the theme parks. In this instance we would expect them to use an official Disney character, much like they do with the Disney Bus Transportation system by using Timon and Pumbaa:

Disney is certainly going to need to do something to keep both parents and kids constantly following social distancing rules in the parks when they reopen given the large gatherings that flock to the theme parks. We can’t stay in isolation forever!

Do you have any ideas on what Disney could be doing? Are you a fan of the idea of a social distancing princess? Let us know in the comments below!

Comments Off on Is Disney Creating a Social Distancing Princess? Meet Susana Distancia!