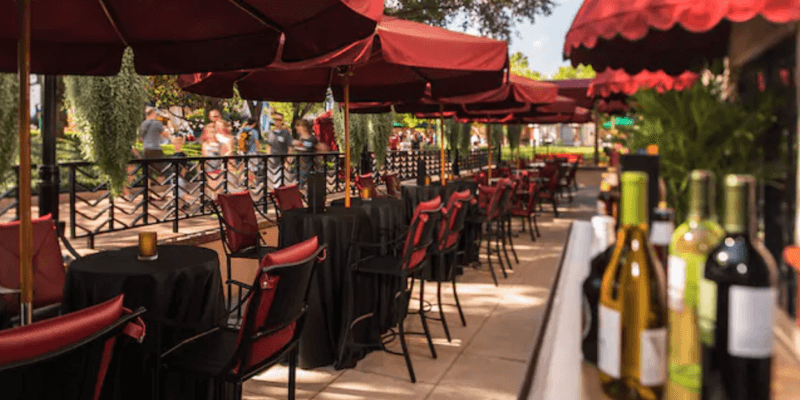 Essential Cast Members are still expected to return to work — including security guards, animal caretakers, and others — meaning there is still some activity happening in the theme parks.

The notice, which lists the address of The Hollywood Brown Derby, states “Kitchen Gas leak repair” as the work description. The Westbrook Service, which is a commercial HVAC, plumbing, gas, and electric company, was the company in which completed the repair.

Dine in an authentic replica of the famous Brown Derby, a Tinseltown landmark steeped in glamour and glitz. The walls are adorned with caricatures of famous faces—a tradition that began with the original restaurant—and the upscale atmosphere harkens back to the Golden Age of Hollywood.

Experience the delectable legacy of the original Brown Derby, with timeless dishes and classic cocktails.

Savor such specialties as our cioppino, char-grilled filet of beef and our famous Cobb salad that follows the recipe created by Bob Cobb, owner of the historic California Brown Derby.

For the perfect finale to any meal, explore our enticing slate of cakes. Greenlight the Grapefruit Cake—a Brown Derby original—basking in its glamorous, citrusy sponginess. Or, stake your career on a chocolate mousse cake, so decadent with dark chocolate and candied cherries. You might also choose an espresso cheesecake—this kid definitely has enough chocolate, caramel and hazelnut moxie to stay in the picture.

Guests 21 years of age and up can enjoy classic cocktails poured tableside, in addition to Old and New World wines from Italy, France, California, Australia and beyond—sample three varieties from around the world with different wine flights!

Due to the temporary park closures taking place at both Walt Disney World Resort and Disneyland Resort, all United States based and non-essential Cast Members and employees are now furloughed (effective April 19). You can read more about this here.

We also recently found out that the Disney Internship & Programs have been temporarily suspended beginning on April 18. You can read more about this here.

Here at Inside the Magic, we know The Walt Disney Company is doing everything they can to keep their guests’ and Cast Members’ safety in mind and as their number 1 priority during this unfortunate time. We want to remind everyone to please stay home and stay safe. Take all of the safety precautions and follow the CDC guidelines, including social distancing, remaining six feet apart from others, covering your mouth when sneezing or coughing, wiping down doorknobs and door handles, and washing your hands.