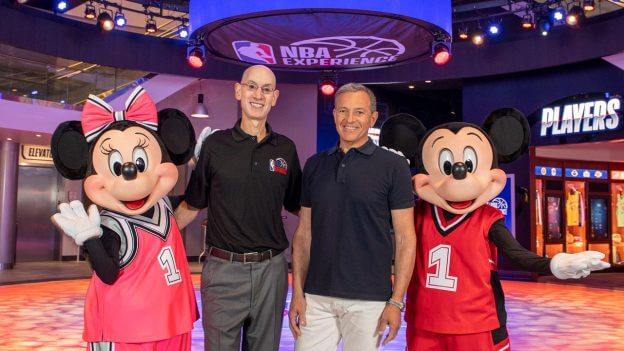 According to a new report, the NBA is considering Walt Disney World as a venue in order to resume the 2019-2020 NBA season.

Neither the NBA nor The Walt Disney Company have publicly confirmed this is going to happen, but that’s not to say it’s completely false, either. We previously shared our take on how Walt Disney World could save the NBA season, and it included the idea of the ESPN Wide World of Sports complex as being an ideal epicenter of the league.

CBS Sports also reports that the idea of using Walt Disney World Resort property for the NBA has been on the league’s mind for several weeks. Former Disney employee Keith Smith of Yahoo Sports even presented a highly detailed plan for how this could work. He noted the fact that ESPN’s Wide World of Sports — which is in close proximity to the Disney theme parks and resort hotels and hosts conventions and sporting events several times a year — has multiple courts, is close to the Orlando Magic facilities, and is also capable of broadcasting.

Former Chief Executive Officer and current Executive Chairman of The Walt Disney Company Bob Iger also presented to the NBA Board of Governors earlier in April.

Disney chairman Bob Iger presented to the league's board of governors today via video conference.

(Unrelated, Disney's massive Central Florida campus has been talked about by some Florida lawmakers as a possible site for a resumption of NBA games.)

We’ll continue to keep our eyes peeled for any updates regarding Disney World hosting the NBA.