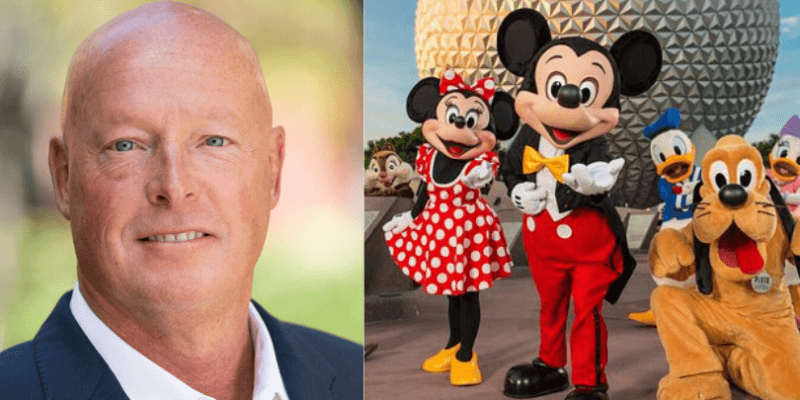 Disney CEO Bob Chapek has just been elected to the Board of Directors of The Walt Disney Company.

The company made the announcement in a press release which states:

The Walt Disney Company (NYSE: DIS) Board of Directors has elected Disney Chief Executive Officer Bob Chapek to the Board.

“Bob Chapek has demonstrated remarkable leadership in the face of unprecedented challenges that were unimaginable when he became CEO just seven weeks ago, and we’ve watched him navigate this very complex situation with decisiveness and compassion. We are pleased to add Bob to the Board, as we stated we would when he was named CEO,” said Susan Arnold, independent Lead Director of the Disney Board, and Robert A. Iger, Executive Chairman and Chairman of the Board.

Election to the Board of Directors is only the latest position Disney’s other Bob has held at the company. Before ascending to the leader of the House of Mouse (Chief Executive Officer) Bob Chapek was the Chairman of Disney Parks, Experiences, and Product. During that time he made an impact by leading the charge to complete and open Disney’s first theme park in Mainland China, Shanghai Disney Resort, and he brought Star Wars: Galaxy’s Edge to Walt Disney World resort and the Disneyland Resort.

Read more: Bob Chapek Did So Much More for Disney Parks than Raise Ticket Prices

Chapek’s election to the board of directors is no doubt meant to be a sign of good faith. It was only recently revealed that Executive Chairman and former CEO, Bob Iger was taking back more control of Disney to help weather the current pandemic crisis. Having Bob Chapek both still as CEO and on the Board of Directors sends the message that the company is still invested in his leadership in the long term.

What do you think about Bob Chapek being elected to the Board of Directors? Let us know in the comments!