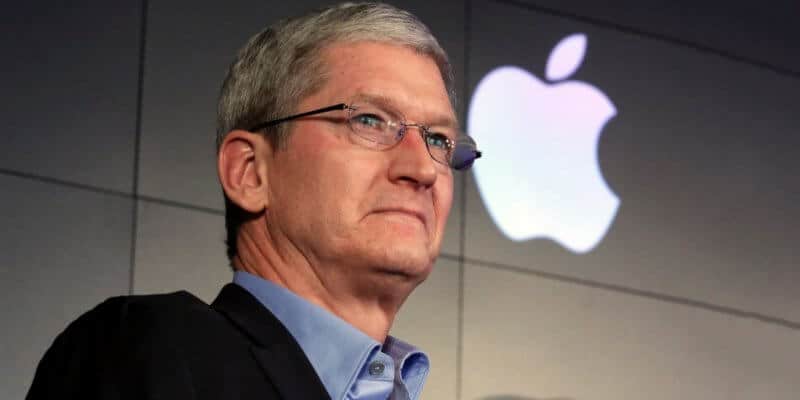 Under the leadership of Bob Iger, The Walt Disney Company has amassed a bit of a reputation over the past few years as a conglomerate, buying up other companies and adding them to its mouse-eared portfolio. Indeed, purchases of Lucasfilm (including Star Wars), Marvel Studios, and 20th Century Fox have led to some serious staying power for the company. The days of the struggling Disney of the ’80s seem like a distant nightmare. Heck, I often pretend that that’s all The Black Cauldron was; a bad dream.

However, as shares of companies across the globe drop due to the ever-growing hysteria of Covid-19, one Wall Street analyst thinks this could be the time where an equally huge conglomeration like Apple could take advantage of the lower stocks, swoop in, and purchase Bob Chapek’s Disney. Could this be the beginning of an ‘Apple Disney’?

‘We believe those with long-time horizons, like mega-cap companies with large cash balances and whose equity outperformed Disney over the last three weeks, like Apple, could take advantage of the volatility … The upside from acquiring Disney would be securing their content/streaming strategy and potential synergies from adding the emerging Disney ecosystem to the iOS platform.’

McTernan hastily added that Disney has lost $85 billion in the last three weeks, which represents roughly one-third of its total market cap. Tim Cook’s Apple currently carries roughly $107 billion in cash and securities, while Chapek’s Disney sits at around $165 billion.

With Disney’s non-stop wins, including a successful streaming platform, expanded foreign theme parks, and some of the biggest box office movies including the highest-grossing film of all time, it seems crazy to write about them as an underdog, but that’s what McTernan seems to suggest they are in the current economic climate, at least compared to Apple in terms of falling stock prices.

Of course, this is only one analyst’s opinion, and there hasn’t been a word on it from either company, but it’s certainly a turbulent notion. Of course former Apple CEO, the late Steve Jobs held a close relationship to the Mouse, becoming the largest Disney shareholder after the company purchased Pixar in 2000, so an Apple-Disney relationship is nothing new. Disney CEO Bob Iger even said in 2019 that Apple and Disney would’ve merged already had Steve Jobs still been alive.

Still, it does make you wonder; how would The Walt Disney Company change under our Apple Disney overlords? As McTernan alludes, it’s likely that Tim Cook would look to incorporate the mouse’s streaming service into an IOS app platform, for example. What other radical changes could there be to Disney movies, streaming services, or even theme parks?

What do you think an ‘Apple Disney’ would look like? Do you think McTernan’s suggestion could carry some weight? Remember to take this with a grain of salt, as this definitely isn’t the first time we’ve heard reports of Apple looking to purchase the Mouse. Regardless, let us know your thoughts in the comments below.