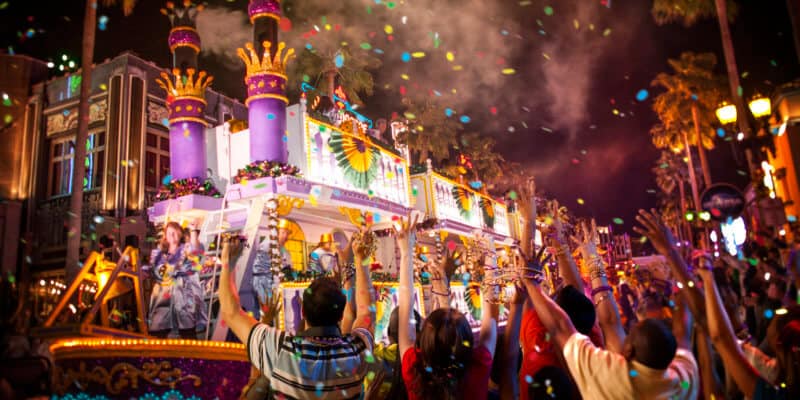 Its been a quarter-century since Universal Studios Florida began importing a bit of the Big Easy to Orlando. This year Universal’s 25th Mardi Gras offers even more exciting entertainment.

On top of a hungry host of tempting treats and an all-new Mardi Gras Tribute Store, new parade floats join a thrilling list of headline concerts. Acts like REO Speedwagon, Kool and the Gang, Marshmellow, Dustin Lynch and Diana Ross add their names to the Saturday live concert lineup. 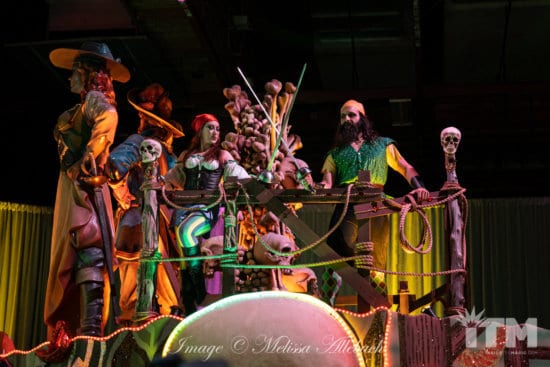 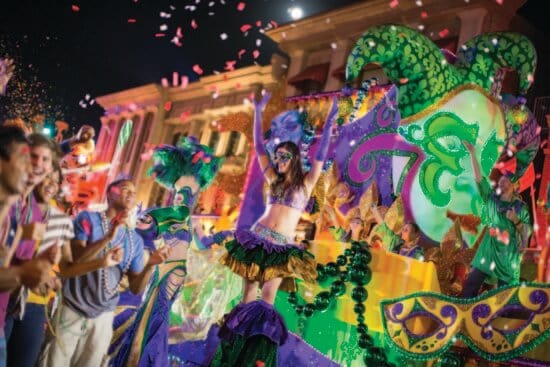 Celebrate Universal’s 25th Mardi Gras with Treasures of the Deep 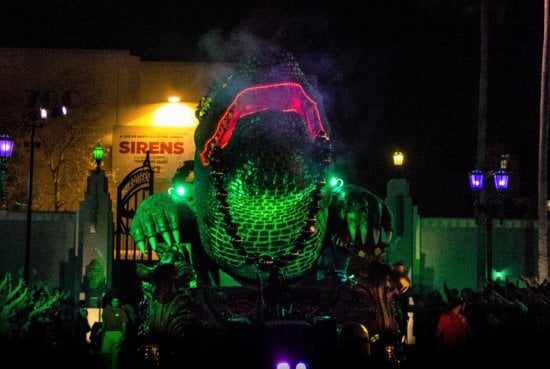 However, facelifts are not the only thing new in this year’s Mardi Gras parade. Six all-new floats take center stage. For the first time, these new brightly colored creations weave a themed storyline into the procession. Be on the lookout for new additions like the Treasure Map, Creatures of the Deep, Sunken City of Atlantis, Shipwreck Island, Battle for the Booty (PIRATES!), and X marks the Spot floats. 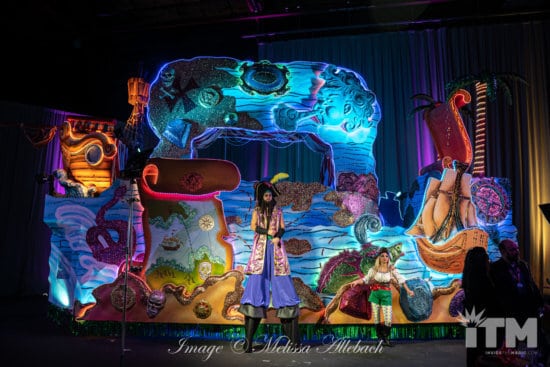 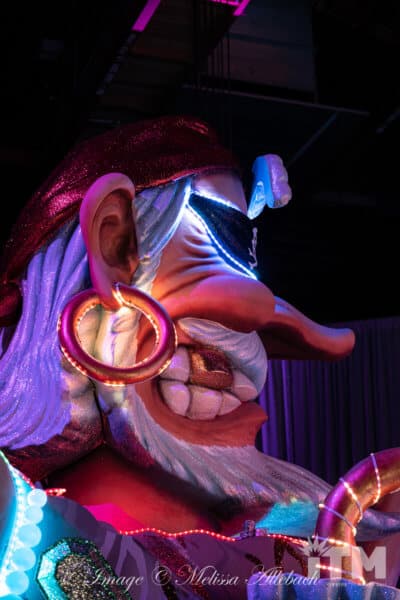 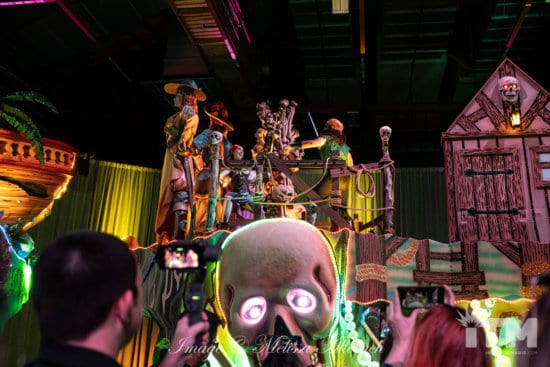 Book-ending the high seas adventure, fan favorites lead and, also, complete the 2020 parade.  Returning floats like the Riverboat and Jester kick off the party. Of course, the six new “Treasures of the Deep” creations creep in after those. Additional bead-tossing traditional scenes like the New Orleans Jazz, King and Queen the aforementioned, upgraded King Gator float round out the procession.

Additionally, stilt walkers, characters and creatures accompany these festive floats ensuring an exciting and entertaining experience (and plenty of beads!). 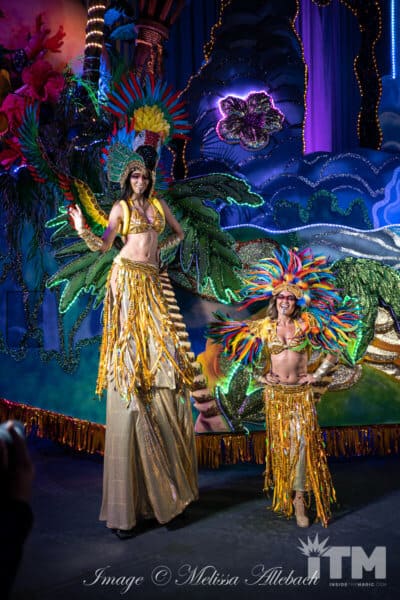 Nightly processionals of this Mardi Gras magic kick off at different times, depending on the date: 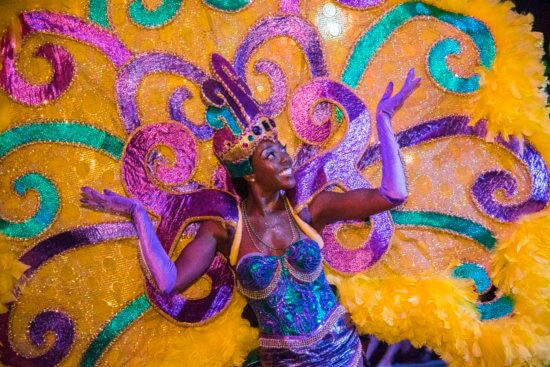 Known as the “Little Jester’s Parade Viewing Area, a special viewing area for minions (children) exists. Guests can find this area in front of the Brown Derby Hat shop. However, plan on arriving an hour before parade time. 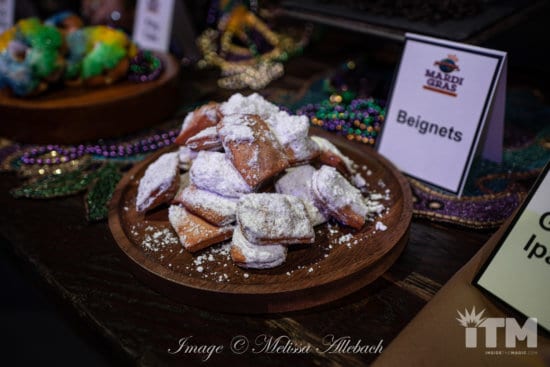 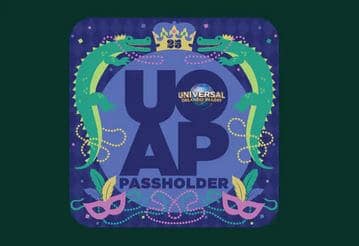 Acts like Earth, Wind and Fire, The All-American Rejects, Diana Ross and Gavin DeGraw provide the perfect nightcap to Mardi Gras partying.  These end-of-day, Saturday shows (with a  few shows on Fridays and Sundays – see below) are included in park admission to the event. Concerts take place at the Universal Music Plaza Stage next to Rip Ride Rock-it.  Arrive well before the 8:30 start time to ensure a good viewing location. 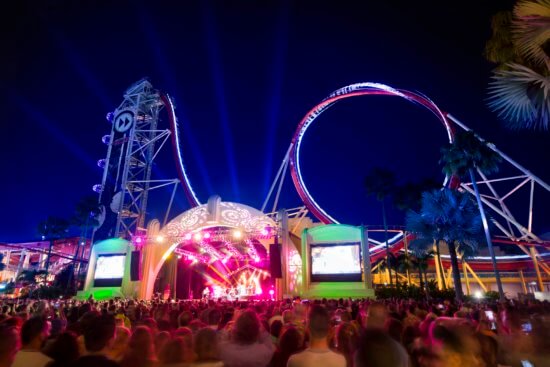 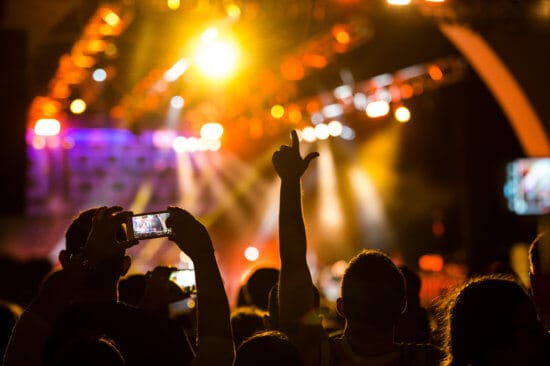 Of course, beads, parades and performances enjoy center stage at Universal’s Mardi Gras party. However, there’s so much more to enjoy.  Diverse and delicious dining delights greet guests each evening of the party.  For the first time at Mardi Gras, an all-new Tribute Store stocks special event merchandise (along with a Halloween Horror Nights vibe).

Which performance or event has you most excited about Universal’s 25th Mardi Gras event?

Comments Off on Universal’s 25th Mardi Gras parades and performances