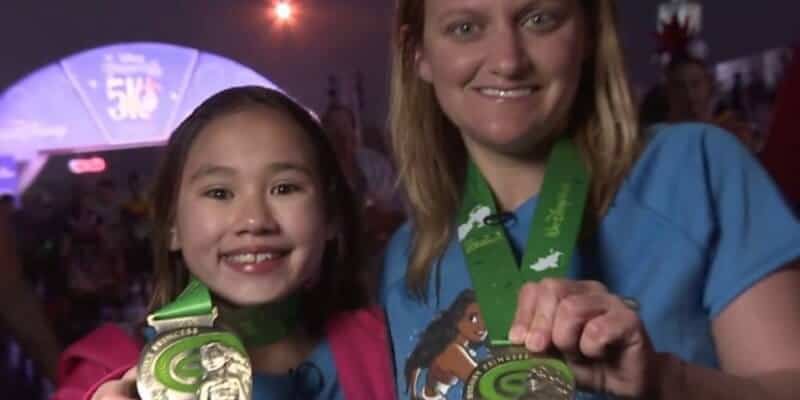 “No matter what you’re obstacles are, you can do it!” –Hannah Herman

Once upon a time…

A baby girl was abandoned in a medical facility in the middle of Kazahkstan. Born with a club foot, everyone was convinced she would never be able to walk. Then that little girl was found by her new mom, Erin Herman. Erin named her Hannah and swept her away to her new life in Cleveland, Ohio.

“When the Doctors said she wouldn’t walk I said ‘I’ll get her walking. And if we don’t. If she doesn’t walk then she won’t walk. I still want her to be my daughter and I’ll still adopt her,” Erin said.

She proved once again that nobody should underestimate a mother’s love when Hannah took her first steps at the age of two. Since then Hannah has continued to overcome her struggles step by step, using Disney princesses as her inspiration to keep going.

She said, “Princesses like Mulan, they overcame every obstacle even though everybody said they couldn’t.”

Hannah’s sheer determination built up to this weekend where she and her mother ran the Disney Princess 5k through EPCOT. They ran side-by-side on the 10th anniversary of Hannah’s adoption.

After running 3.1 miles, the girl who was never supposed to walk had this to say:

“I felt powerful and strong. She [her mother] supported me the whole time and throughout the entire race and I’m going to support her too”

“She is a dream come true,” her mother said. “She’s my fairy tale. She’s so special to us and she’s my Disney princess.”

You can watch a montage of Hannah’s race right here:

But Hannah’s story is far from over. While she has more than enough confidence and determination to continue to build herself up, she also wants to take responsibility and have her story be a shining example for all those who dream to “Go the Distance”

“No matter what your obstacles are, you can do it,” she said. “I hope that I teach other people endurance and speed, and show them that every obstacle you can tackle if you try hard enough.”

. As the Moana-themed finisher medal was placed around her neck, one can only wonder how far she’ll go.

Related: From Disneyland to Disney World: Ultra-Marathoner Runs 2,830 Miles in Between