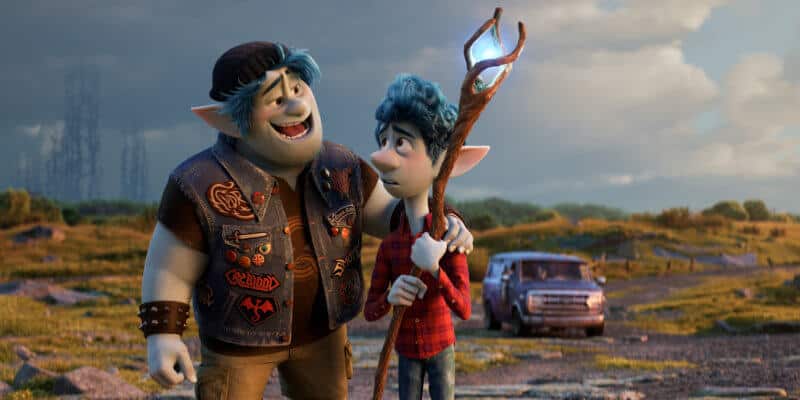 Disney/Pixar’s upcoming film, Onward, will be a film where two brothers go on a quest to spend one more day with their dad and rediscover the magic that has been lost in their modern world. It will also be a film where a metalhead can finally take center stage.

That metalhead is Barley Lightfoot. Voiced by Chris Pratt (Guardians of the Galaxy), Barley is already known to be the older brother of Onward‘s chief protagonist, Ian, and possesses an understanding and admiration of their world’s magical past. (Not to mention a really cool van.) It is Barley who insists that the two brothers set off on their quest to find the missing pieces they need to finish bringing their father back from the dead.

But Barley also appears to be Disney’s first major character with a love for metal music. He already rocks the aesthetic: spiked bracelets, and a jacket covered with fictitious metal bands such as “Hades,” “Smote,” and “Skull.”

It remains to be seen how much metal music from those fictitious bands we will get throughout the film, especially in the moments Barley and Ian are on the road in his van. But it will undoubtedly fit the mood and build the excitement for their epic quest.

The metalhead aesthetic could also be simply an artistic device used to help portray Barley’s “out there” nature. The guy is obviously extroverted and heavily invested in the medieval culture of magic and wizards, but the combination of suburbia and the state of his van almost suggests he leans more to the “hair metal” era of Classic Rock. It would be the more obvious move for Disney to water down the metalhead vibe to that classic rock era in order to be less polarizing to its audience.

Regardless of the music, Disney-Pixar’s Onward is sure to be a powerful and moving story about family, magic, and a reminder that if you keep the faith, you can accomplish anything.

You can watch the latest trailer here:

What do you think about Disney and Pixar adding a Metalhead character into their latest movie? Do you think we will get any metal music or do you think it is just a costume to portray Barley’s “out there” nature? Let us know in the comments!