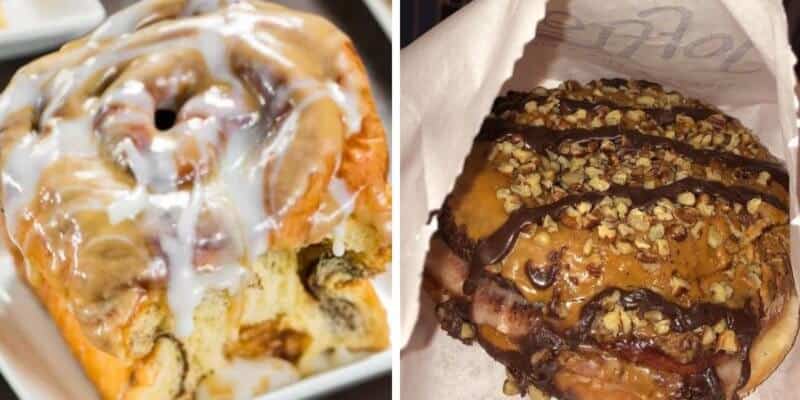 The Mickey shaped cinnamon rolls that are offered throughout the park are huge and can certainly be shared amongst your friends and family.

And the same goes for the cinnamon roll at Gaston’s Tavern. One of those delicious treats can feed at least 3-4 people.

But now, Disney just debuted yet another cinnamon roll, but this isn’t an ordinary cinnamon roll. This one has a very unique flavor.

The brand new turtle cinnamon roll will blow you away! It is packed full of flavors and just like the rest of the cinnamon rolls offered throughout Walt Disney World property, this sweet treat can be shared amongst a few friends and family members because it is ginormous!

The turtle cinnamon roll is glazed with delicious caramel, it is drizzled with milk chocolate, and then topped off with pecans.

The brand new turtle cinnamon roll can be found at the Joffrey’s inside Disney’s Contemporary Resort for $4.99.

If you want to visit Walt Disney World on your next family vacation to taste some of the cinnamon rolls that are offered but aren’t sure where to being planning, then be sure to reach out to our trusty friends, the Authorized Disney Vacation Planners, who will be there with you every step of the way of planning your next magical vacation.

Do you want to try the new turtle cinnamon roll? Let us know in the comments.