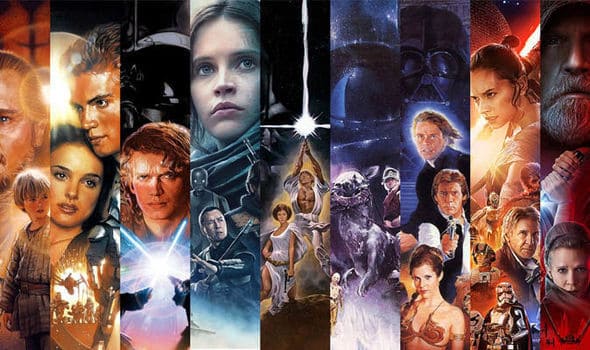 In 2019, we saw an angry Disney World mom’s post against “childless millennials” go viral, making it the year when people debate whether or not it’s weird for adults without kids to go to Disney Parks. And now, in 2020, we’ve seen another heated debate erupt online. This time, people across the internet are discussing what it means to be a “real”  Star Wars fan.

And, if you’re familiar with Star Wars fans (or you consider yourself one), you know that most have a clear idea of what it means to  actually be a fan of the franchise.

Star Wars: The Rise of Skywalker made its theatrical debut just a few weeks ago, prompting viewers to take to the internet and not only debate whether or not the movie was a fitting end to the Skywalker Saga, but also share their thoughts on the franchise as a whole. And many of the Star Wars fans who saw the film and actually liked it were ridiculed and told that they weren’t real Star Wars fans at all.

The debate of what makes a “real” Star Wars fan has been going on for what feels like decades, but it recently went viral thanks to Twitter user Ed Powell. Powell took to the social media platform to share what he believes makes a fan a “real” fan (and, according to him, you’re not a real  Star Wars fan if you’ve only seen the movies — it takes a lot more work than that).

Seeing the Star Wars movies does not make you a Star Wars fan.

It wasn’t long before his post went viral, with fans on either side of the coin weighing in on what makes a fan a “true” fan — and whether or not Powell’s claims have any validity.

But of course, this is the internet. There are plenty of people who probably agree with Powell and think that “real” Star Wars fans take the time to get to know every inch of Star Wars universe and everything the franchise puts out (basically, they live and breathe  Star Wars).  But there are also (what seems like the majority) of people who rebutted Powell’s claims, and they did so in the most hilarious way.

Oh now we are gate keeping what a fan is? pic.twitter.com/qTh8V2VUpK

You're not a real #StarWars fan if you put parameters on what makes a real Star Wars fan. pic.twitter.com/ZLrH4ta8hQ

To be a Star Wars fan you must first

Seeing the Star Wars movies does not make you a Star Wars fan.

And finally,  Star Wars comic writer Ron Marz put the debate to rest, even going as far as calling out Powell and other fans for “toxic and embarrassing” gatekeeping.

As a guy who has done all those things, and written a bunch of Star Wars comics, I'm here to tell you that you're a Star Wars fan if you like Star Wars.

(This kind of fandom gatekeeping is toxic and embarrassing.) https://t.co/3R4UNzOOWS

So what does it mean to be a “real” Star Wars fan, and will this debate ever end? Do “real” fans only enjoy the original trilogy (A New Hope, The Empire Strikes Back, and Return of the Jedi)? Do “real” fans hate The Last Jedi and Jar Jar Binks? Have “real” fans seen every episode of The Clone Wars animated series, and can they name every character in the newest films (like Poe Dameron and Rose Tico) even though they think Rian Johnson and J.J. Abrams ruined the franchise?

Or instead, are “real” Star Wars fans just people who like Star Wars, no matter how many movies or shows they’ve watched, whether or not they visited Star Wars: Galaxy’s Edge on opening day, or whether they even know about the comics?

So what do you think makes someone a “real fan” of Star Wars , or any other franchise? Is it as simple as just liking the franchise, regardless of how much content you have consumed? Let us know in the comments.

Comments Off on Heated Debate Erupts Online: What is a Real “Star Wars” Fan?