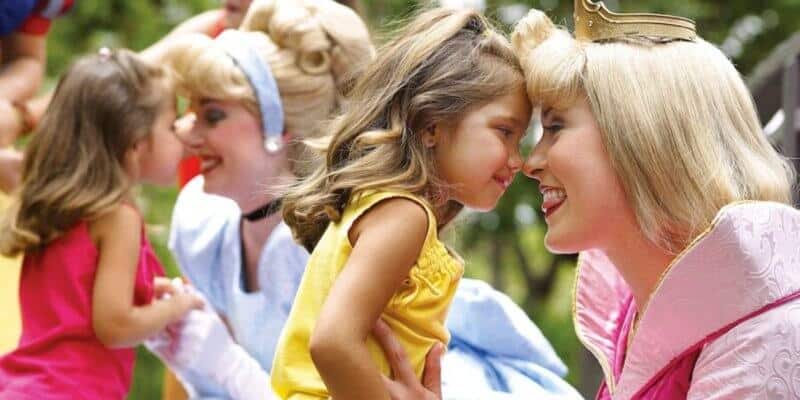 Have you ever dreamed of becoming a real life Disney Prince or Princess? Well, now’s your chance!

Disneyland Paris is now hiring individuals to take on the role of Disney Princes and Princesses as well as other Disney characters in the theme park. And better yet, you don’t need past experience!

But, just because no experience is needed, doesn’t mean this is an easy gig to land. Disney theme parks are known for their character interactions, so of course, you have to be sure to fit the part and make sure you stay in character. You must know everything and anything about the character you are playing because you never know what Disney guests may ask you.

The audition process is not an easy task and you have to bring your “A” game in order to be considered. But, if you think you’ve got what it takes, here is what you need to know!

Where and When Are The Auditions?

Disney is currently holding three separate auditions in the United Kingdom this month – in London, Liverpool and Leeds.

Auditions will be held on January 25  at Liverpool Central Studios or Liverpool Theatre School, on January 26 at Yorkshire Dance Center in Leeds and on January 28 and 29 at Pineapple Dance Studios in London.

All of the auditions will open at 10am, but since Disney is expecting high demand, you may want to get in line early. Another thing to keep in mind is if you want to audition, you need to be available until 6pm that same day.

Who Exactly Is Disney Hiring?

Disney stated they are currently looking for people to play the part of a Disney character, meaning you must be “enthusiastic and highly energetic”.

While Disney hasn’t stated exactly which Disney characters they are hiring for, but it’s safe to say it will likely include both princes and princesses.

What Qualifications Do You Need?

Surprisingly, as we stated before, Disney is not currently looking for anyone who has prior experience in entertainment, but if you are looking to audition, you do need to be over 18 years of age.

If you are looking to audition for one of the “face characters”, you will have to look a bit like the character.

Also, if you are looking to be one of the Disney characters that take part in the theme park’s daily parades, you must have a “good level of dance”.

In addition, everyone must need to be between 4.5 ft – 6.4 ft. Disney will measure you on the day of the audition.

What do you need to bring?

Make sure you go to the audition prepared! Disney advises everyone looking to audition to show in comfortable clothing since you’ll be taking part in a “movement/dance combination”.

You should also not wear any make up, as this could be misleading.

And, as in any job hiring process, be sure you bring a printed copy of your CV.

For more information on the Disneyland Paris job opening, visit their website here.

Do you think you have what it takes to become a Disney character? Let us know in the comments.

Comments Off on Ever Want To Be A Disney Prince or Princess? Disney Theme Parks Are Hiring!