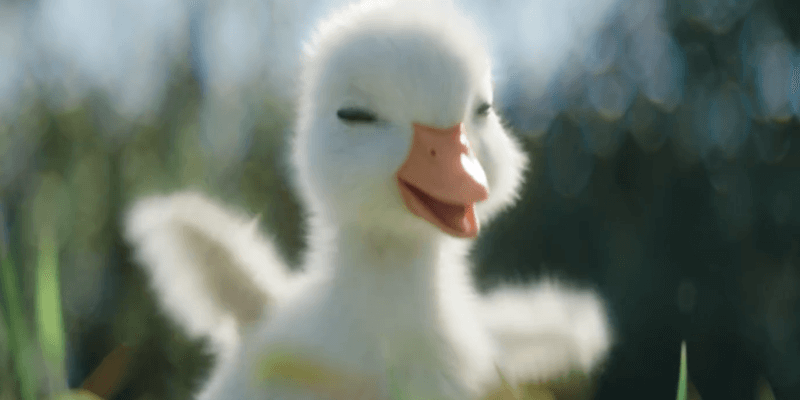 A new Disneyland Paris commercial is sure to give Disney fans the feels as it tells a heartwarming story of an adorable little duckling getting the chance to meet his hero: Donald Duck.

In a new advertisement created by BETC Paris for Disneyland Paris titled “Where Magic Gets Real,” fans get to see a sweet little duckling stumble upon his new hero, which eventually turns into an adorable obsession.

In the video, the story begins after the duckling follows a butterfly that leads him to a Donald Duck comic book. As the duckling starts to read through the comic, his infatuation with Donald begins to grow. This is shown in an adorable video montage of the duckling mimicking his hero — from posing like Donald to acting out the popular Disney character’s recognizable antics.

This goes on until his family has to fly away from their pond, which results in him having to leave the book behind. After journeying through storms, the duckling is left wandering through a grassy field alone. However, the skies begin to clear and as the duckling continues to waddle through the grassy field he comes across a unique shadow, which turns out to be that of his hero, Donald Duck!

The last scene of the commercial results in an explosion of cuteness as the duckling can’t believe his eyes when he sees it’s Donald Duck standing in front of him. The advertisement ends with the duckling running over to Donald and giving his ankle a big hug.

The ad was first teased in a tweet on December 23 by the official Disneyland Paris twitter account, which was a call for help for a missing duckling (pictured below).

A worrying duck disappearance is the talk of the town, and Disneyland Paris is getting actively involved in the efforts to find the missing duckling. Have you seen him? #whereistheduckling pic.twitter.com/pMD79Qnozk

A couple of days later, another tweet by Disneyland Paris announced that the Duckling had been found on Christmas, which also served as the official debut of the new advertisement.

Good news – the duckling’s been found! You’ll be relieved to hear he was in very good hands… or should we say wings! ?#WhereMagicGetsReal pic.twitter.com/YJLG40qRjD

What do you think of this adorable new advertisement? Let us know in the comments below!