It certainly isn’t the first flier to enjoy a makeover from a galaxy far, far away. However United airlines’ Boeing 737-800 “Star Wars” themed jet features elements from both the dark and light side of the force.

Launched as an out of this world tie-in with “Star Wars: The Rise of Skywalker,” this one of a kind sky liner features a host of galactic themed surprises. In addition to enjoying a coordinated themed flight experience, passengers also receive collectible “Star Wars” swag.

Now through December, Star Wars fans have one more reason to travel. United Airlines introduced a newly themed Boeing 737-800 with one of a kind “Star Wars: The Rise of Skywalker” theming. 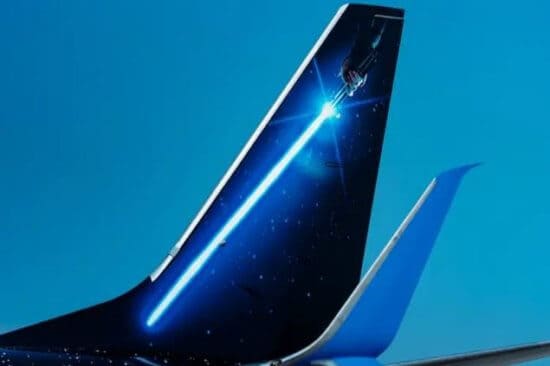 “Customers will begin flying the friendly galaxy in November when United officially unveils an all-new Star Wars-themed paint design on one of its Boeing 737-800 aircraft with a re-designed onboard experience to celebrate the movie. The airline will also offer Star Wars: The Rise of Skywalker-themed amenity kits and launch its latest inflight safety demonstration video featuring characters from the new film.” – United

Red vs Blue: A well-balanced flight

United offers opportunities to support either the Resistance or the First Order.

One side of the plane features Resistance X-Wing fighters and bright blue lightsaber. These match blue “United” lettering and similarly colored wingtips. Passengers seated with the resistance will notice blue headrests decorated with that faction’s logo. 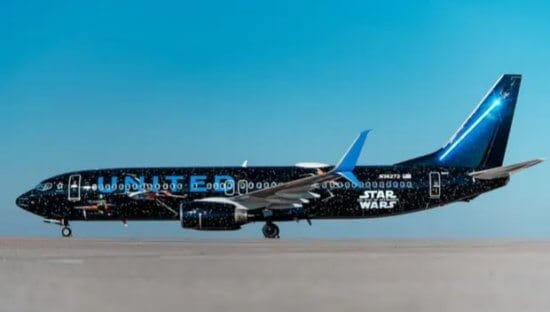 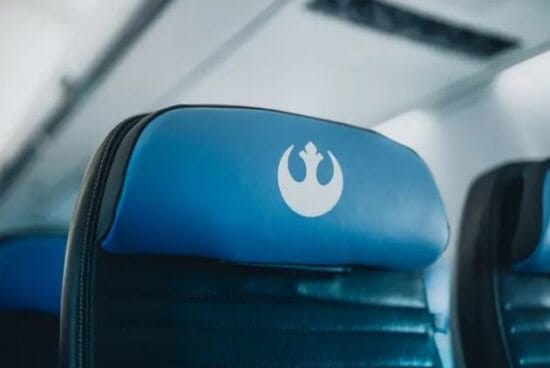 On the other side, red lettering/wingtips, TIE Fighters and Kylo Ren’s red lightsaber announce allegiance to the Dark Side.   This same red theming continues inside. Passengers on this side of the jet enjoy red headrests which sport the emblem of the First Order. 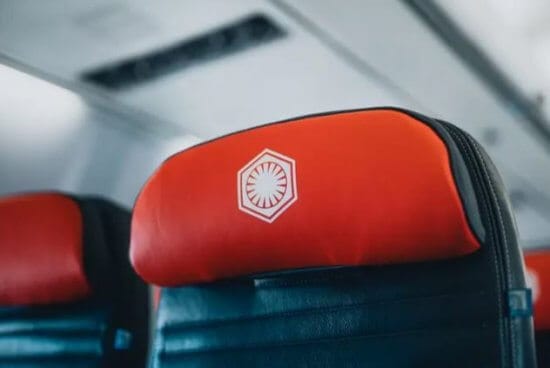 Fans fortunate enough to fly this special Star Wars-themed jet board their flights to the sounds of Star Wars-themed music. Passengers will also receive commemorative “Star Wars: The Rise of Skywalker” pins. 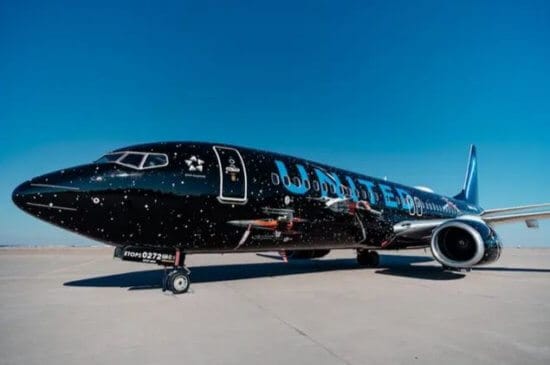 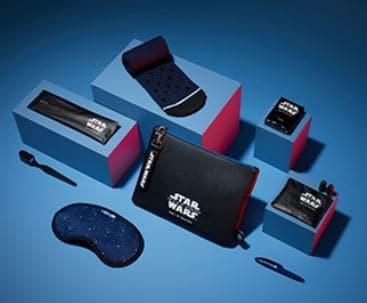 Can’t make it on board? Fans can also track the Star Wars-themed jet

“While not everyone will have the chance to see the new livery in person, anyone will be able to track United’s Star Wars: The Rise of Skywalker-themed aircraft via special icon on FlightAware, the world’s largest online flight tracking platform. For the first time, aviation and Star Wars enthusiasts can track past and future flights on both desktop and mobile by entering the plane’s tail number and the new livery will appear on FlightAware’s flight tracking maps as the X-Wing starship.” –United 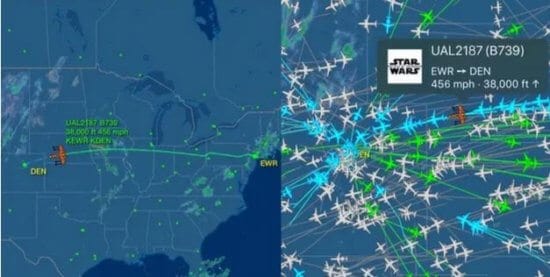