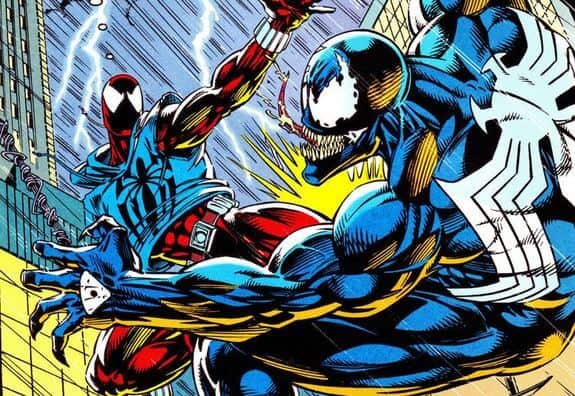 We have just learned that beloved comicbook artist Tom Lyle has passed away at the age of 66. Tom Lyle was best known for his work on Spider-Man and StarMan.

The cause of death has not been yet been revealed, but our thoughts and deepest condolences go out to his family.

Lyle is known for his design on the popular Scarlet Spider costume. This costume has made its way to comics, movies, and video games. Lyle is also known for drawing three Robin limited series alongside writer Chuck Dixon as well as co-creating Stephanie Brown/Spoiler for DC.

Back in October, Newsarama reported that Lyle underwent surgery to remove a blood clot in his brain following an aneurysm and resulting medically-induced coma.

Friends and fans have taken to social media to share their condolences.

Spider-Man writer Dan Slott shared: “Sorry to hear that legendary Spider-Man artist, Tom Lyle has passed away. Tom’s work on both Spidey and the Scarlet Spider were epic. That Scarlet Spider design, Tom’s design, will always be an amazing touchstone for Spidey fans like me and all generations past, present, & future”.

Matt Singer, Editor-in-chief at ScreenCrush.com. also tweeted his condolences. He tweeted: “RIP to Tom Lyle, a signature Spider-Man artist of the 1990s, in addition to all the outstanding comics work he did beyond that. Lyle designed the original Scarlet Spider costume, and I was very glad we were able to include some of his early sketches in our Spider-Man book.”

Earlier this year, we reported about the possibility of Marvel planning more Spider-Man trilogies in the future. While this hasn’t been officially confirmed, we hope Marvel does decide to move forward and keep this iconic character, along with the work of contributors like Lyle, alive and in the Marvel Universe for years to come.

Lyle is survived by his wife, Sue.