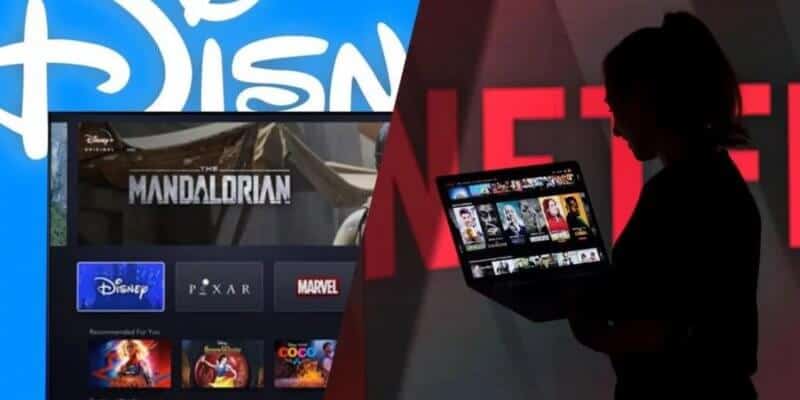 Disney+ has now been live for a full week, and Netflix is still standing. Not only is Netflix still standing, but from the perspective of Wall Street, the veteran streaming service appears to have hardly moved since launch day.

Now, when Disney+ gathered 10 Million subscribers in less than 24 hours, it sent a small shock wave through Wall Street that blasted The Walt Disney Company to a record closing price on November 13 and knocked Netflix down 3%. But this seems to be the last bout in the build-up to Launch Day that began back in April.

According to the New York Times:

“Investors for months have viewed the looming launch of Disney+ as the most dangerous challenge yet to Netflix’s dominance of an increasingly crowded video streaming market. Disney’s stock has risen 27% since April when Disney+ was unveiled, while Netflix remains down 18%.”

Yet, now a week into the Disney+, investors are beginning to buy Netflix stock again. And Monday, November 18, Netflix climbed to its highest closing price since August.

In an article from CNBC, an analyst from Credit Suisse reported:

“Our Sensor Tower App downloads and Google search data analysis showed little-to-no impact from the Disney+ launch on Netflix trends, reassuring for Netflix relative to the competitive concerns priced into its stock, in our view.”

Sensor Tower is a third-party research firm that specializes in mobile download data.

Disney+ is only the first of many hits Netflix is going to have to take as its dominance is challenged by newcomers like Apply TV, HBO MAX. Growing pre-existing competition from Hulu and Amazon Prime Video will also continue to pose an issue. And as CBS, NBC, and other major networks build their own streaming services, Netflix will start to lose some of its licensed content.

But these “streaming wars” are going to be a marathon, not a sprint. There are a lot of factors at play regarding licensing, platform stability, and original content. It will take some time to discover which service will reign supreme next. But as of right now, it’s safe to say Netflix isn’t going anywhere.

What are your thoughts on Netflix’s future? Do you think they can stay at the top? Which streaming service do you think will be on top next? Let us know in the comments!