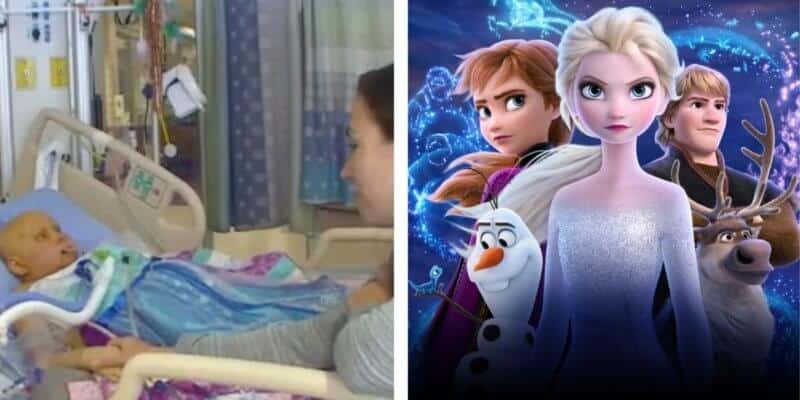 Disney spreads the magic once again.

A five-year-old girl, Ellery Clark, is currently at McMaster Children’s Hospital as she is facing complications from a rare and aggressive cancer. Her family, who is also known as “Ellery’s Army”, has been at Ellery’s side and they’ve been sharing her story on social media.

Ellery Clark was an ordinary, happy, spunky child and a great older sister until May of 2019 hit, when a tumor was found in her neck — It turned out to be stage 4 cancer.

“Right from the beginning we knew that a majority of children in her position would not live,” Ian Clark told CHCH. But what’s so surprising is the fact that the Stage 4 cancer is dormant right now as Ellery just went through chemotherapy and radiation so that’s not what has Ellery is such discomfort and in such an unfortunate position at this time.

The complications from the aggressive treatment is what’s causing Ellery to fight for her life.

“Earlier this week, we were told by her doctors that due to a blood infection that they were having a hard time beating down — They didn’t think that she was going to be able to overcome this,” Ian Clark stated.

In fact, Ellery didn’t have much time at all. “[They] essentially had said that we likely only have days, perhaps a week or two left with her,” Clark said.

When the family had revealed that Ellery may not make it to see the highly anticipated sequel, Frozen 2, their message spread around the world, and even reached Disney headquarters.

Ellery’s father took to social media to desperately try to find a copy of the not yet released Disney sequel, Frozen 2, for his gravely ill daughter. Social media did what it does best and the word spread like wild fire and eventually The Walt Disney Company had heard Ellery’s father’s plea.

A Disney representative ended up contacting Ian within a few hours of posting on social media and ended up flying out to visit McMaster Children’s Hospital to make Ellery’s dream come true, just like Disney magic does.

The Disney rep was able to hold a private screening of the not yet released film specifically for Ellery and her family to enjoy together. “She was focused on it the entire time and like I said, you could see that twinkle in her eye,” Ian said.

Ellery has pulled through two other times before, and her parents are praying Ellery fights her way through this tough time once again.

Our thoughts and prayers go out to the Clark family. Keep fighting, Ellery.