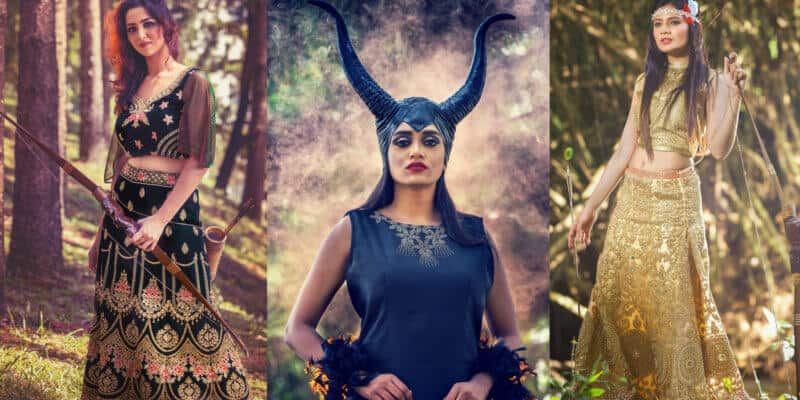 As Disney fans–we can’t help but love all of the amazing women that make up some of our favorite Disney movies. And in this new photo series by Malaysian photographer Vickneswaran from VIP Studio, and the people behind Arshatra Massakali, through their collaborative efforts, they were able to reimagine a group of Indian women as Disney characters in a photo series and the results are beyond enchanting!

Shot over a span of 8 months in multiple locations across Klang Valley in Malaysia, Vickneswaran and his team dressed each woman in intricate Indian jewelry and lehengas from Arshatra Massakali and styled each model to look like that of famous Disney female characters. And we have to say the results are astounding!

In the photo set, Vickneswaran and his team drew inspiration from famous Disney characters such as Maleficent, Princess Merida from Disney’s “Brave,” Mother Gothel from “Tangled,” Pocahontas, Tinker Bell from “Peter Pan,” Princess Belle from “Beauty and the Beast,” Princess Aurora from “Sleeping Beauty,” and Rapunzel from “Tangled.”

In the photos, the women can each be seen with different props to help sell the story of each character. In the image above of Maleficent, we see the woman with the evil fairy queen’s iconic horns. In the image below of Princess Merida, we see the model posed with the character’s famous bow and arrow set.

Keep scrolling to see even more of the incredible images from the photo set!

Princess Belle from Beauty and the Beast

What are your thoughts on this incredible photoset? Let us know in the comments!