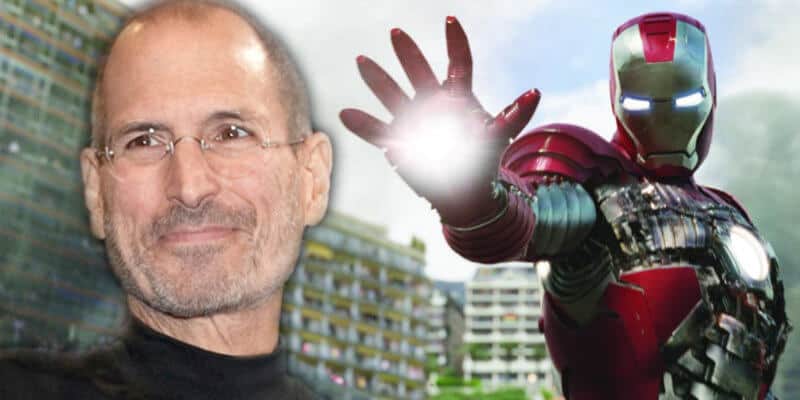 Most remember Steve Jobs as a visionary electronics god behind some of Apple’s most revolutionary technology people around the world still use to this day. However, it seems Jobs might have also been a movie critic–at least, he was according to Bob Iger’s most recently released book “The Ride of a Lifetime” (now available on Amazon). In the book, Iger shares of a personal phone call between the two CEO’s in which Jobs shared some pretty harsh feelings about the high-flying superhero film.

“It sucked” was Jobs opinion of “Iron Man 2,” according to Iger’s new book. In the novel, Iger writes that when the Marvel movie came out Jobs had taken his son to see it and called him the very next day to share his opinion of the film. “I took Reed to see ‘Iron Man 2’ last night…It sucked,” said Jobs to Iger.

For those who don’t remember, “Iron Man 2” was a quite a success for Disney. The film’s budget was close to $170 – 200 million. However, it raked in over $600 million at the worldwide box-office. Additionally, the film got pretty good reviews overall with a 73% approval rating with Rotten Tomatoes and an “A” from CinemaScore, who rates films from A+ to F.

Upon reading this quote from Jobs, you might think the two weren’t very fond of one another or had some type of friction. However, it was quite the opposite, according to other parts of Iger’s book. In the novel, Iger also shares how he believed both Disney and Apple could have merged if the tech CEO hadn’t passed away when we did. “I believe that if Steve were still alive, we would have combined our companies, or at least discussed the possibility very seriously,” said Iger.

What are your thoughts on Steve Jobs’ critique of Marvel’s “Iron Man 2” film? Let us know in the comments!