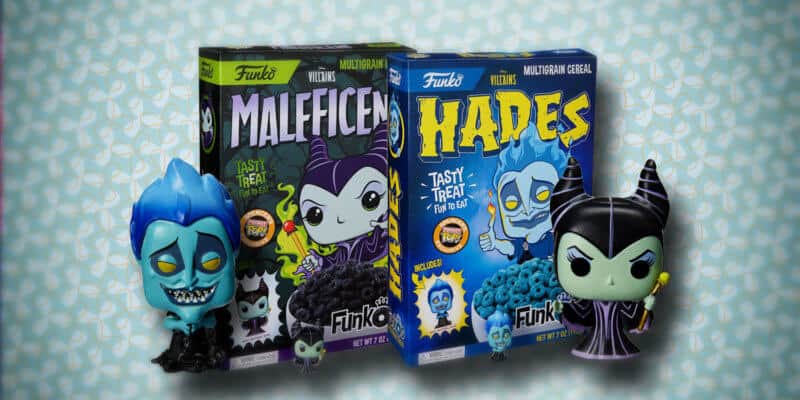 As if monster cereals didn’t have enough to worry about with the arrival of Oogie Boogie and Ursula, now two more villains take a seat at the breakfast table. Just announced, Funko Maleficent and Hades cereals arrive this fall.

Spirit Halloween and Spencers Gifts stores will soon stock both boxes of Funko’s exclusively. Of course, each comes with its own miniature “pocket pop.” 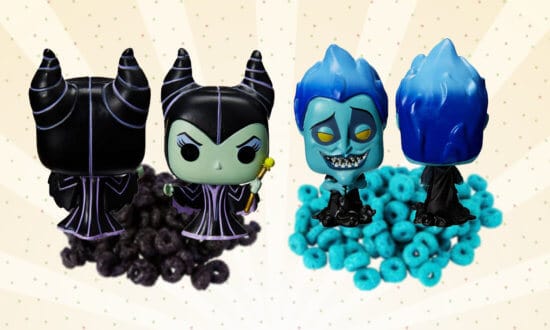 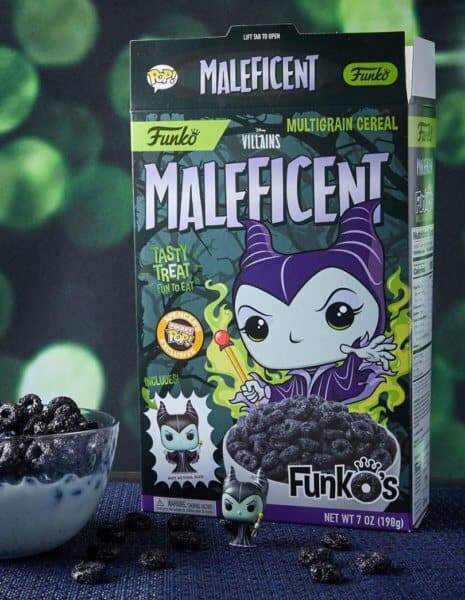 Get ready for a scare. Funko is bringing back two more of Disney’s most famous and terrifying villains just in time for the fall. You can get your hands-on these two huge Disney icons: Hades, the lord of the underworld from Hercules and Maleficent from Sleeping Beauty. Each box comes with a Pocket Pop! of one of the characters. Fans can decide if they want to test out the spooky colored cereal or keep the box intact as a Funko! collector’s item. -Funko 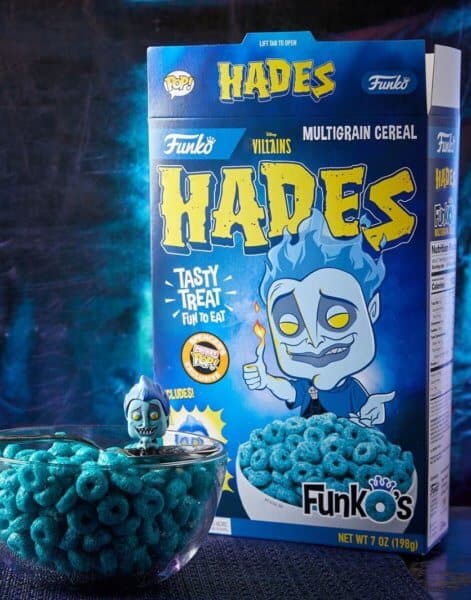 To the delight of collectors, this October (10/9), Funko Maleficent and Hades cereals arrive at Spencers Gifts and Spirit Halloween stores. Each box, including its matching pocket pop, will cost fans $10.99.

Wearing her iconic horned headpiece, pocket pop Maleficent hides within her 7-ounce box of dark purple Funko’s. Each box is its own work of art. The front features Maleficent, staff in hand, surrounded in bright green flames. On the back her dragon from harbors a mysterious maze puzzle. 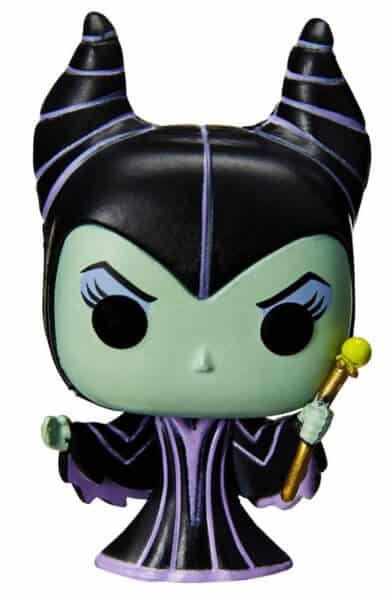 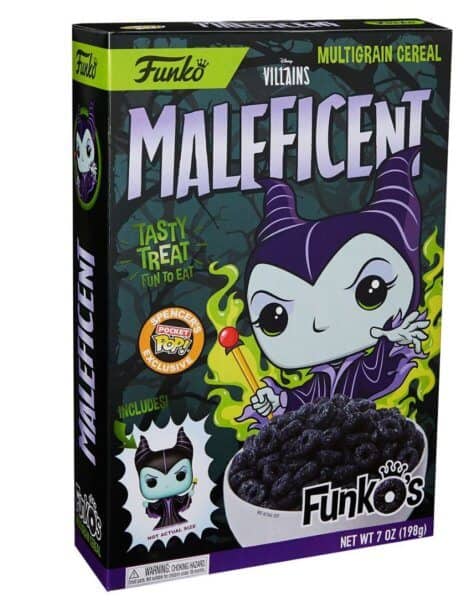 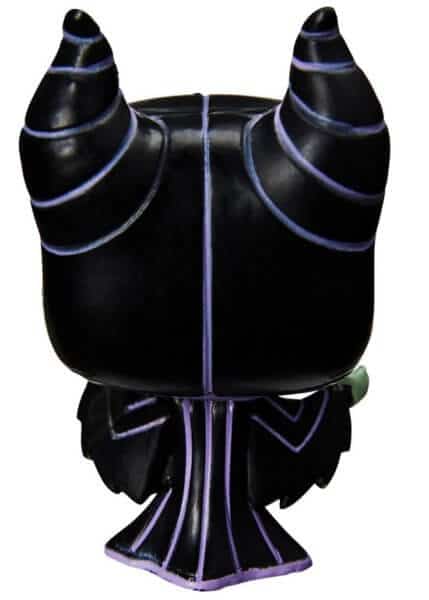 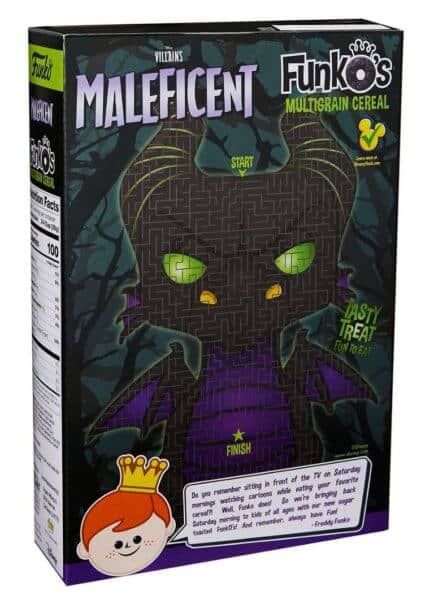 Bright blue Funko’s hide Hades within his 7-ounce cereal box. Gesturing to a bowl of the same cereal, Hades gives a flaming thumbs up on the box cover.  Similar to the Maleficent’s Funko’s box, a fun puzzle provides a simple maze challenge on the back. 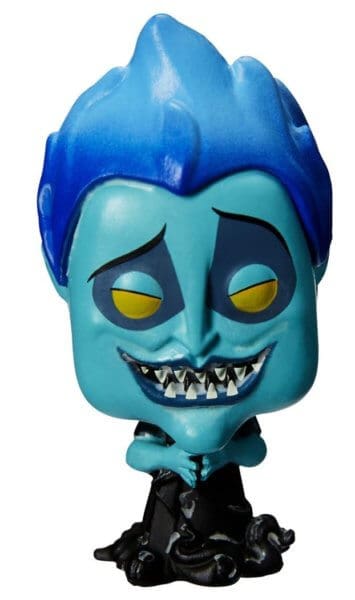 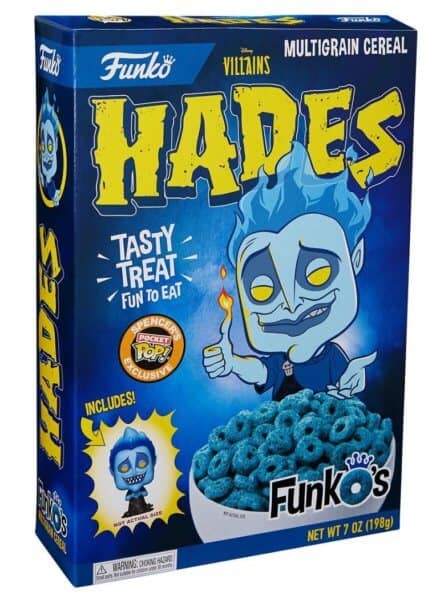 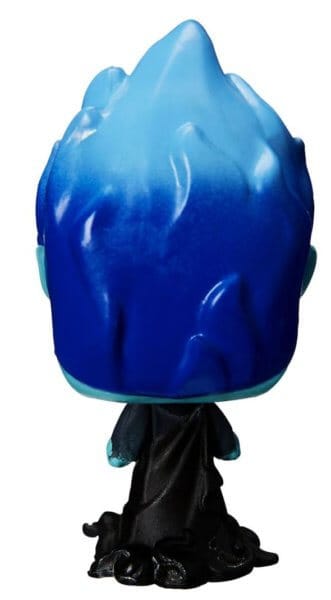 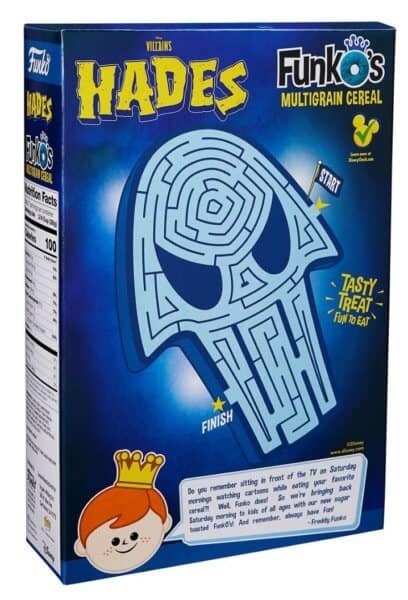 Both boxes of these Disney Villain Funko’s materialize just in time for Halloween. Pre-order now, on either the Spencers Gifts or Spirit Halloween store websites, for October 9th delivery.