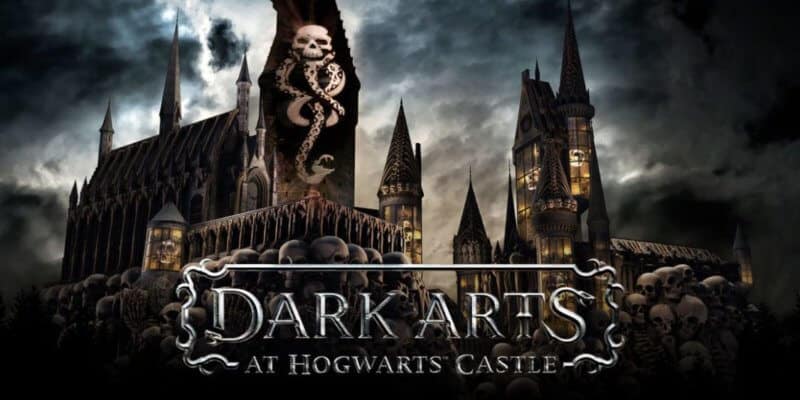 Dark Arts at Hogwarts Castle features evil forces gathered by He-Who-Must-Not-Be-Named. Only brave wizards with the courage to stand together and protect the Castle stand in the way.

Of note, a similarly named show debuted at Universal Studios Hollywood. This West Coast version, shown below emerged last April.  However, that show was limited to a two-day run. 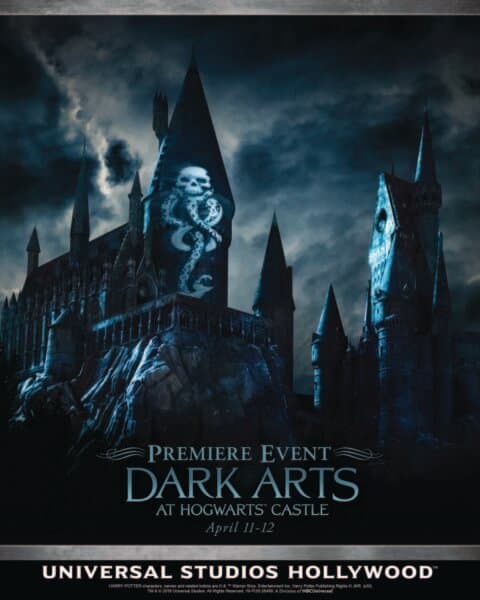 On Saturday, September 14th, a dark shadow invades Hogsmede Village. Lord Voldemort, the support of a vicious gathering of evil creatures lays siege to Hogwarts Castle! Will the students and professors muster magic powerful enough to repel this angry advance?

Islands of Adventure, Hogsmeade Village in particular, just got a bit more dangerous after dark.  On select nights between September 14th and November 15th, the Dark Lord casts his spell upon Hogwarts Castle. Epic music, enchanted lighting and spellbinding special effects transform the iconic Castle into the ultimate battle of evil vs good. 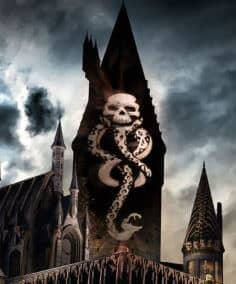 Dementors, Death Eaters and other unspeakable creatures – such as Aragog, Mountain Trolls, Thestrals and more – will cloak the castle with sinister images from the darker side of magic, until the Patronus spell – one of the most famous, difficult and powerful defense of the Dark Arts charms in the Wizarding World – is cast.” –Universal Close-Up

About Hogsmeade Village and Hogwarts Castle

Modern magic, by way of high-tech digital projection, enables exciting after-dark adventures.  Dark Arts at Hogwarts Castle promises to be just such an adventure when it debuts next week.