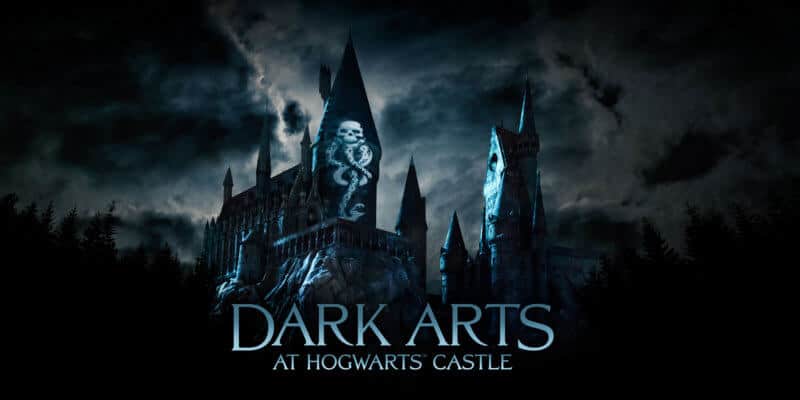 The show officially opens to the public on Saturday, April 13 and runs through April 28, but fans can get early access during separately ticketed evening events on April 11 and 12. Guests will be among the first to experience the new projection show and enjoy after-hours access to Hogsmeade village, where they can experience the land’s signature attractions and explore the magical shops.

During the new projection show, “guests will be challenged to summon their inner strength and bravery in the face of the all-consuming Dark Arts as some of the awe-inspiring moments and creatures inspired by the films come to life within the majestic light display accompanied by an atmospheric musical score created by John Williams,” says Universal.

In addition to this first look at the new show, guests will be treated to a catered feast of foods, beverages, and desserts. Plus, a new wand debuts during the event, offering guests the chance to add some new limited-edition Harry Potter memorabilia to their collections.

For fans closer to Universal Orlando, this show is also coming to Florida’s Wizarding World later this year, but dates have not been announced yet.