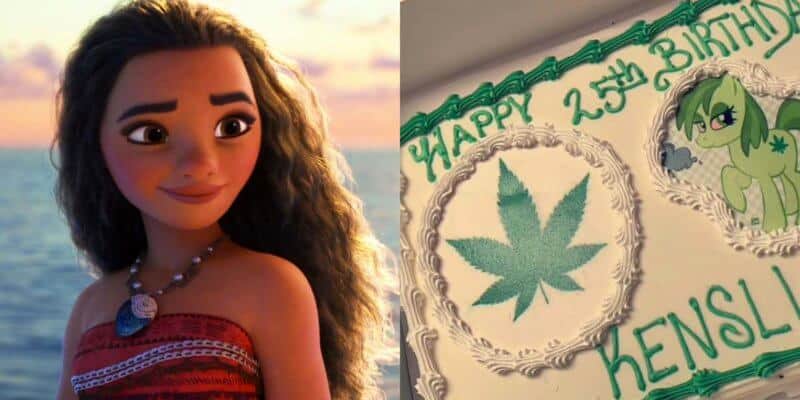 What Disney fan doesn’t want a Disney-themed cake to celebrate that special day that only comes once a year? However, when ordering from your local baker, make sure you’re super clear with what you actually want! This woman ordered a “Moana cake” and received a “Marijuana cake” instead.

Kensli Taylor Davis, who just recently celebrated her 25th birthday with her family, has always had a fondness for the Disney films and characters. Specifically, Taylor really enjoys “Moana,” most known for her stand-alone film “Moana” and as the daughter of Chief Tui and Sina.

Taylor’s mother, Mrs. Davis, is very aware of Kensli’s fandom for the animated island native. And to make her daughter’s birthday just a bit more special this year, she decided to get her a cake themed after “Moana.”

Davis’ mother put in a call for the cake from a local Georgia Dairy Queen. However, what she got back couldn’t have been farther from what she ordered.

“I think they thought that she said ‘marijuana’ because we are from south Georgia and kind of have an accent. So, ‘Moana,’ marijuana?” Davis told WMAZ in Georgia.

We’d like to note, the Marijuana-theming of this cake only extended as far as its decorations. On the cake, it reads “Happy 25th Birthday Kensli” above an image of a pony smoking the drug, which is situated next to a large cannabis leaf.

In a post on Facebook, Ms. Davis shared the image of the cake with the caption: “These people thought she said marijuana.” The post has since been shared more than 13,000 times.

Davis says that the employee just made an honest mistake and she didn’t let the design keep her from enjoying the cake.

What are your thoughts on this baker confusing a “Moana”-themed cake with a “Marijuana”-theming? Let us know in the comments below!