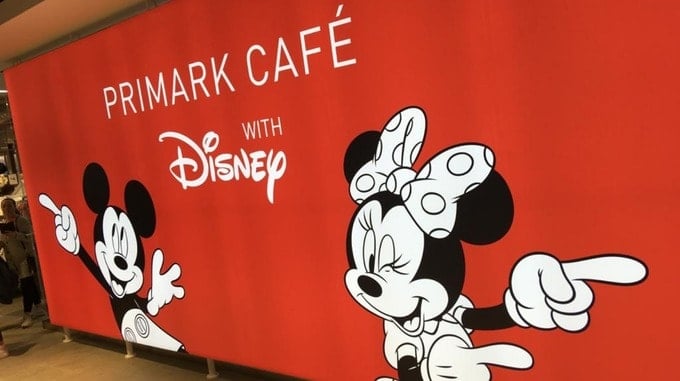 The first-ever Disney café at the world’s biggest Primark store recently shut down because of a mouse…and no, we’re not talking about Mickey. The café was closed temporarily just last week after a reported mouse sighting, and while Disney fans love interacting with Mickey and Minnie Mouse, a real-life rodent isn’t exactly something you’d want to encounter while enjoying afternoon tea.

Two customers of Primark’s first Disney café, located in Birmingham, U.K., allegedly spotted a mouse run across the store floor on Wednesday, June 26. The customers were “horrified” and complained to the café workers before the Primark management shut down the café and notified pest control. ITV reports that later, a deep clean of the café was issued and pest control arrived to search for the rodent, and by Thursday environmental health officers had performed a full inspection of the premises. No evidence of the mouse was found, but Primark has reportedly stepped up its pest control measures since the alleged sighting.

The Primark Café with Disney is hugely popular with our customers and food safety is of paramount importance. Following a reported sighting of a mouse, pest control were called to the store and a deep clean was carried out. At no point did this issue affect the kitchen or food preparation areas. Environmental health officers immediately conducted an inspection of the café and awarded it the highest possible rating (5 stars) for food safety. Additional pest control measures have since been put in place.

The Primark Disney Café, which opened in April 2019, is the first of its kind outside of the Disney Parks. It features adorable Disney décor, Mickey-shaped foods, and a magical place to hang out and relax inside a retailer known for its adorable and affordable Disney-inspired merchandise. While the rodent sighting reportedly gave customers quite the scare, we’re glad to know that the café is back up and running better than ever. We just wish we could hop on a flight to the U.K. so we could see it for ourselves.

Have you had a chance to visit the Disney Café at this Primark in Birmingham? Let us know in the comments!