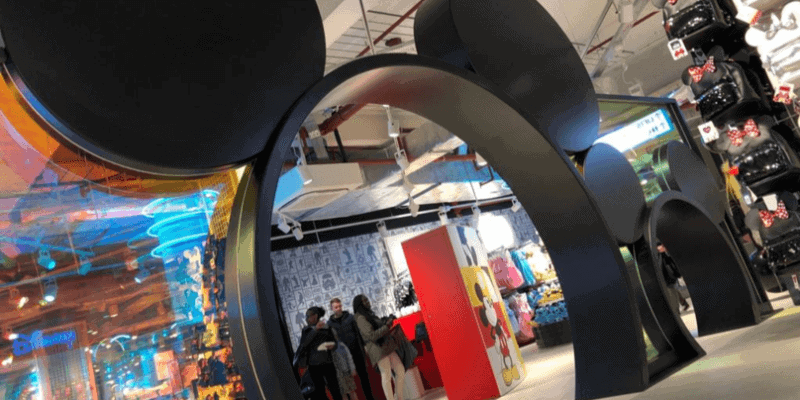 The World’s Biggest Primark featuring a Disney cafe is set to open later this week and today we got a first look inside the store from a new set of images released by BPM, which show off the new magical cafe, a dedicated Harry Potter area and more!

To most Disney fans, the U.K. retailer is most known for its cute and adorable Disney collaborations, and from seeing these images of the new Disney cafe inside the store, it appears both companies have continued their high-level collaborative design!

When the café opens, it will be the first of its kind outside of the Disney Parks and Resorts, which is so exciting! How cute is that entrance by the way?

According to Lad Bible, the Birmingham Primark will feature over five floors with womenswear, menswear, kidswear, footwear, accessories, lingerie, beauty, and homeware. The store also boasts its very own barber and beauty studio.

Lad Bible reports that earlier this week, friends and family were welcomed into the new store to get a sneak peek and it seemed that the Disney cafe was the biggest hit!

One person present at the preview tweeted: “I’ve just been to the BRAND NEW Birmingham Primark store and it looks amazing!! Of course I had to stop off at their Disney cafe for refreshments! Well done Primark!”

Another wrote: “Excited & lucky to be at @Primark biggest store in Europe in Birmingham today which opens Wednesday. It’s AMAZING. I literally don’t know where to look first.”

As part of this new set of pictures by BPM, it also included a look at the new Harry Potter-themed area coming to the store, (pictured below) which clearly features a massive amount of apparel and merchandise. In the image below, we can see all four Hogwarts houses represented, T-shirts, bags, and many other Wizarding World accessories!

At the family and friends preview event, Birmingham Live was able to speak to a Primark representative who confirmed that the store will be opening April 11, in addition to sharing some other exciting details about the new retail location. “The store, Primark Birmingham High Street, will be our largest to date and 187 in the UK. It will feature the latest contemporary shop fit and an enhanced customer experience across 160,100 sq ft of retail space and five floors of fashion. The store will create more than 500 new jobs, while 430 colleagues will transfer from our existing location in Birmingham.”

Additionally, the new store will also include Primark’s largest ever beauty studio for nails, makeup, hair, eyebrows, and lashes, which can be partially seen in the image below.

What are your thoughts on this new Disney cafe coming to the world’s largest Primark? Let us know in the comments below!