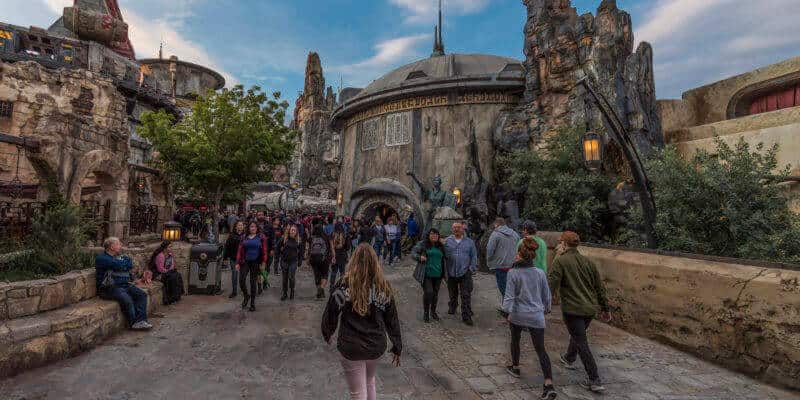 According to Disney, previews will take place on select times from August 17 through 21. As we shared previously, previews will be available for only Walt Disney World Platinum, Platinum Plus, and Premier annual passholders. Passholders eligible for previews will be able to select one preview slot to attend and may bring one guest with them who is also a Platinum, Platinum Plus, or Premier annual passholder. Local Florida news station MyNews13 also reports that passholders who register for a preview of Star Wars: Galaxy’s Edge will also have the opportunity to make a reservation for Oga’s Cantina or Savi’s Workshop, where guests can build custom lightsabers inside the land. Just like at Disneyland, both Oga’s Cantina and Savi’s Workshop are subject to capacity.

Passholders will also have a chance to register for Oga's Cantina or Savi's Workshop, which are subject to capacity.

So it appears to be a setup similar to the cast previews.

Walt Disney World Platinum, Platinum Plus, and Premier annual passholders should be on the lookout to receive an email from Disney inviting them to register for a passholder preview of the new land. Be sure the email you use for your annual pass is an email you check regularly so you won’t miss out on the opportunity!

Interested in booking a trip to Walt Disney World so you can have a chance to see Star Wars: Galaxy’s Edge for yourself? Contact the Authorized Disney Vacation Planners at Academy Travel. Our friends at Academy Travel can plan every aspect of your Walt Disney World trip, from booking your hotel and theme park tickets to making dining reservations and even offering expert tips and tricks for exploring Black Spire Outpost at Star Wars: Galaxy’s Edge. Click here for your no obligation vacation quote from Academy travel to live out your Star Wars dreams on Batuu and finally visit a galaxy far, far away.

Do you plan on registering for an annual passholder preview of Star Wars: Galaxy’s Edge at Disney’s Hollywood Studios? Let us know in the comments!