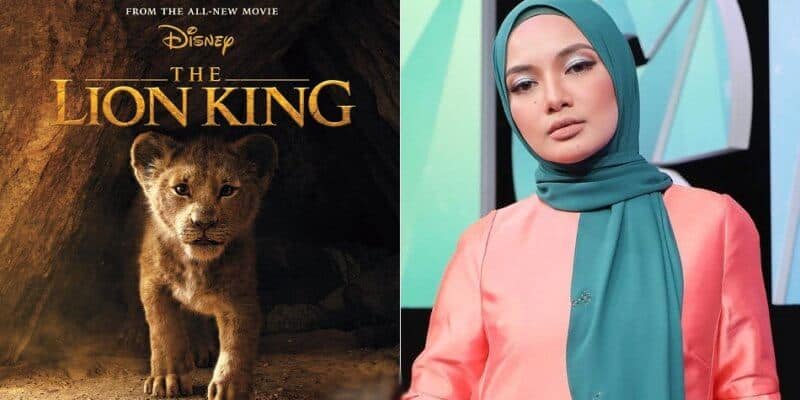 It goes without saying that it’s illegal to record video or take pictures while watching a movie in a movie theater. However, a famous actress in Malaysia thought she was above the law and decided to post several clips from Disney’s “The Lion King” to her Instagram account’s story with over 6 million followers.

Neelofa, a famous Malaysian actress, television presenter, commercial model, and entrepreneur, first came under fire for posting the videos of the new film to her Instagram account when a user online called her out in a tweet on Twitter. In the now deleted tweet, the user wrote:

“So no one isn’t gonna say anything about Neelofa recording The Lion King and posting it on her insta story? Or is it because she is a celebrity (that) she can do whatever she wants?”

For those wondering, the tweet did not fall on deaf ears. The tweet soon gained the attention of TGV and GSC cinemas, major theater companies in Malaysia, who were tagged in the post. TGV replied:

“Do you have any information on which cinema location? We take allegations of piracy very seriously.”

GSC went on to reply to the tweet saying they reported Neelofa to Disney for further action.

After the tweet picked up steam online, Neloofa faced backlash for possibly spoiling the film for movie goers. Shortly after GSC and TGV cinemas replied to the original Twitter user online, Neloofa issued an apology to her fans, saying:

“I hope more Malaysians will watch the movie as it’s a perfect family movie. I hope that the public learns from my mistake and be careful in the future.”

For movie goers who think it’s fun to share images of the screen in movies–think again. This practice is illegal, can spoil the film for your friends, and can also be quite distracting for other movie goers.

What are your thoughts on movie goers pulling out their phones and capturing images and video of a film to share on social media? Let us know in the comments below!