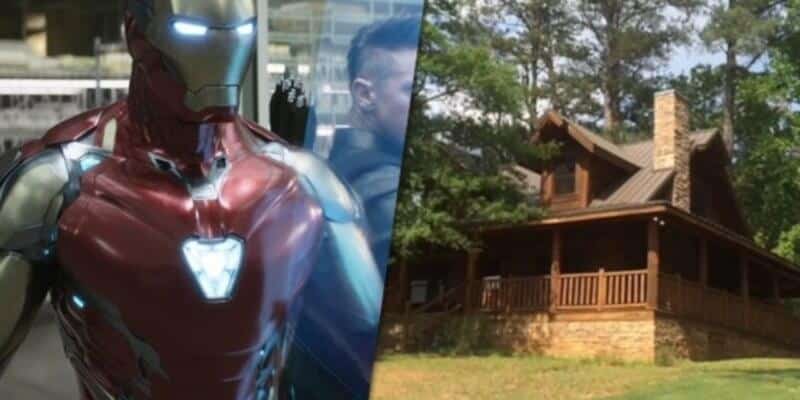 “Avengers: Endgame” is a pop-culture phenomenon as the film has shaken the universe with its time-bending characters, storyline, and emotion! And for fans who want to immerse themselves even farther into the action, they can now rent Tony Stark’s cabin from the film!

Yes — you read that right, Tony Stark’s cabin from the film has been spotted on Airbnb. According to a listing on the home-sharing website, the lakeside cabin is located in Fairburn, Georgia, and is available here for guests to rent.

In a post by Reddit user Brayud, the user shares a link to the posting with a post that says: “So I found Tony Starks Cabin on Airbnb if anyone needs a vacation to cope after Endgame.”

The listing says the property is a 20-minute drive from Hartsfield-Jackson Atlanta International Airport, which would be helpful in getting the actors on-site for shooting.

The cabin sleeps six guests and features three bedrooms and three bathrooms. “Set in the middle of beautiful Bouckaert Farm and home of Chattahoochee Hills Eventing, this guest cabin can be your home away from home,” the cabin’s listing reads. “Need to get away from it all without traveling more than 30 minutes from Atlanta? Need to have a corporate retreat with your elite team? Need to come take the kids fishing and watch a horse show? Then this is your place.”

Not only is the spacious cabin a precious landmark from the major film but it also features free parking on premises, Wifi, and an indoor fireplace.

For fans looking to live it up in the rural property like it’s the end of the universe, think again! As noted in the listing, guests are not allowed to host parties or events, in addition to no smoking!

Would you book a stay at this cabin in Fairburn, Georgia? Let us know in the comments below!

Comments Off on “Avengers: Endgame” fans can rent Tony Stark’s cabin on Airbnb