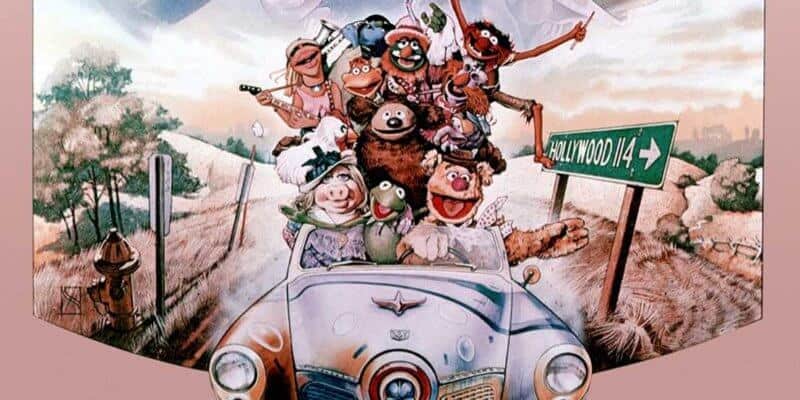 In celebration of the 40th anniversary of “The Muppet Movie,” the film will be coming back to theaters for two whole days, where fans can recapture some of the magic from the beloved 1979 film!

For those who don’t remember, this film came after The Muppets had experienced global success with their hit television show “The Muppet Show,” which aired in more than 100 countries around the world. After such success, The Muppets creator Jim Henson took a risk on the show’s characters to include them in their first motion picture, which resulted in a huge box office hit film.

Not only was the film a hit at the box office, but it also was a success with critics as well. The movie scored a nomination for an Academy Award for “The Rainbow Connection,” the film’s theme song with music and lyrics by Paul Williams and Kenneth Ascher.

For many Muppet fans, this film has continued to stay with them over the years as not only a memory but also as a film to still be enjoyed today. What better way to celebrate the film on its 40th anniversary than with its return to the movie theaters?

“The Muppet Movie” is returning to theaters around the country thanks to The Jim Henson Company and Universal Pictures, who are working with Fathom Events to bring the movie to more than 700 theaters nationwide. Showings of the film will take place on Thursday, July 25, and Tuesday, July 30, at 12:30 p.m. and 7:00 p.m. local time each day through Fathom’s Digital Broadcast Network.

To catch one of the showings of this limited-time return of the film, be sure to visit the official Fathom Events website. (theaters and participants are subject to change.)

Will you be catching a viewing of “The Muppets Movie” when it returns to theaters this July? Let us know in the comments below!