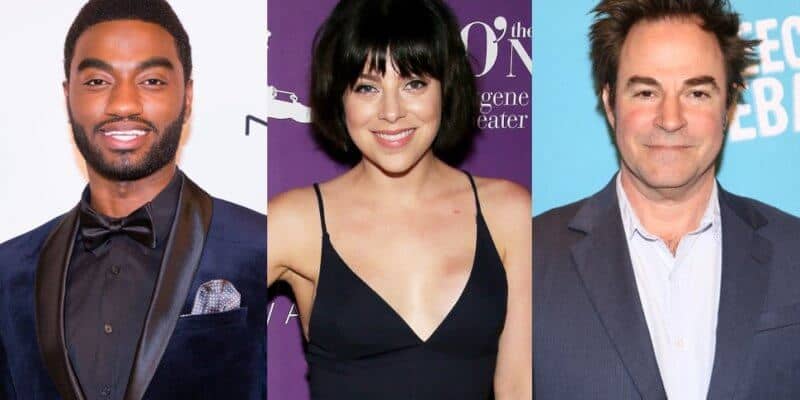 The cast of Disney’s “Hercules” stage adaption has officially been announced and it’s full of some of our favorite Broadway, television and film stars!

“Frozen” star Jelani Alladin will play Hercules and Krysta Rodriguez, from “Spring Awakening,” will star alongside him as Meg. Roger Bart, who voiced the singing young Hercules in the original film, is set to play Hades. James Monroe Iglehart, from “Aladdin,” will star as Phil and Tamika Lawrence will play the lead muse, Calliope.

The musical adaption, which will premiere at the Public Theater’s Delacorte Theater in Central Park this Summer, will be directed by Lear deBessonet with choreography by Chase Brock.

“Hercules” will play a free run from August 31 – September 8 and similar to previous Public Works shows, performances will feature professional actors with over 200 New Yorkers from all five boroughs.

As we previously reported, the musical will include Alan Menken and David Zippel’s songs from the 1997 animated film, along with new material and an adapted book by Pulitzer Prize finalist Kristoffer Diaz.

This adaption of “Hercules” is based on the original Disney film written by Ron Clements, John Musker, Donald McEnery, Bob Shaw, and Irene Mecchi.

Deadline reports the “Hercules” staging will be the latest of the Public’s Public Works initiative production, which invites groups from throughout the city’s community to participate in the development of theater works.

“Our Public Works community promises to connect this brilliantly conceived story back to the earth from which it sprang: the people,” said Oskar Eustis, Public Theater Artistic Director. “What a grand and unlikely experience this will be.”

The production is presented by special arrangement with Disney Theatrical Productions, under the direction of Thomas Schumacher.

For more information on Shakespeare in the Park, be sure to visit the Public Theater website.

What are your thoughts of this star-studded cast joining the production? Let us know in the comments below!