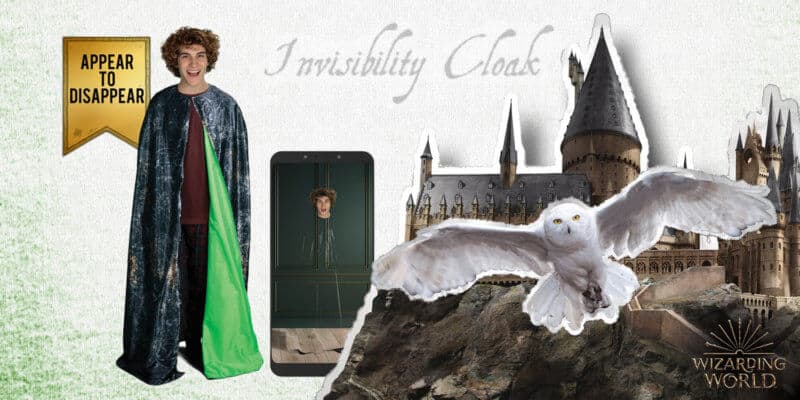 This summer muggles may disappear thanks to a new Harry Potter Invisibility Cloak. Toymaker WOW Stuff brings the enchanted cape to the US this August.

Currently, the cloak sells only in the UK via Smyths Toys. However, this August this magical masterpiece makes its way to the United States. The cloak is scheduled for release on August 1st, but pre-orders materialize for muggles now on Amazon plus Barnes & Noble (see below)! 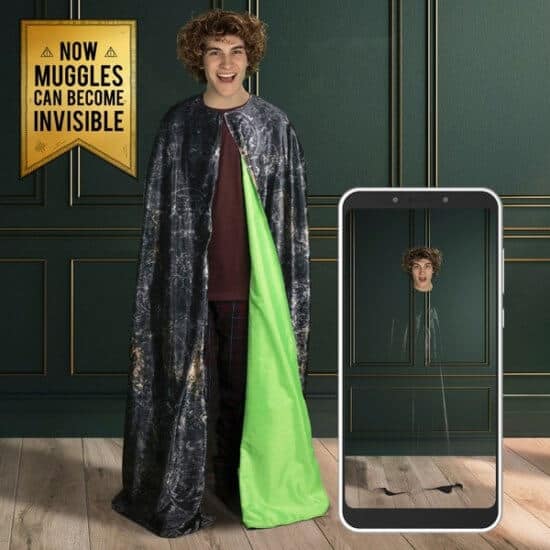 UPDATE: 02/08/2020 – It seems these amazing artifacts from the Wizarding World found their way into Walmart stores.  Even more exciting: they are no on CLEARANCE!!  Potter fans report that the once $59 toy now retails for only $15.00!!  Of note, this appears to be limited to IN STORE purchases (we confirmed that several items still exist in Florida stores).  For those who cannot apparate or fly to a local WalMart store, online ordering is also available, but at a higher price ($31.00).  If you were waiting for the right time to pick your invisibility cloak, its now. Hurry before supplies vanish. 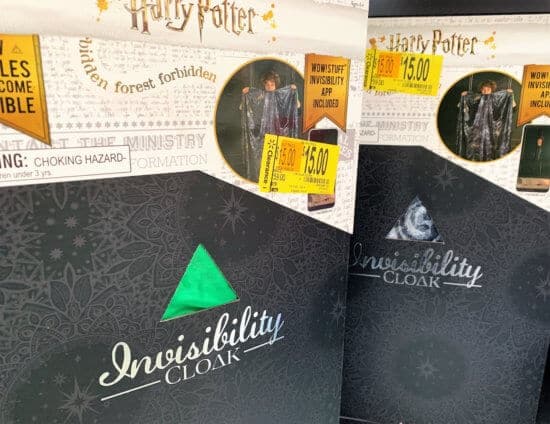 Amazon shoppers can pre-order here, with a release date of August 1st whereas the magic can be had at Barnes & Noble if you don’t mind waiting for an extra month while saving $5. At either $79.95 or $74.99 for the more expensive Deluxe version you will want to get your hands on this magical cloak. 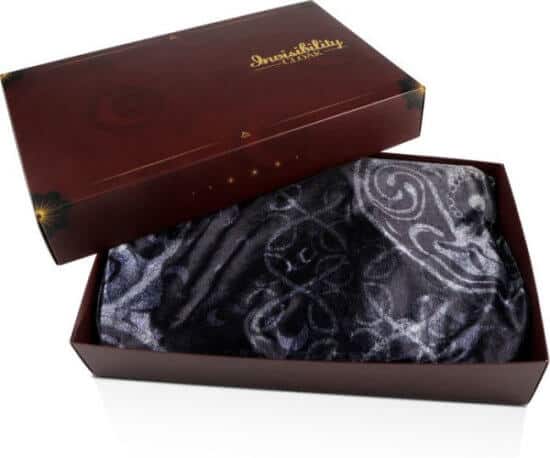 Harry Potter received his cloak of invisibility in the first installment of Rowling’s fantasy novels. It was not until much later in the series that fans learned of its significance to the Wizarding World. Harry’s cloak was one of three items that make the Deathly Hallows. As told in the “Tale of the Three Brothers” This particular cape allowed the user to be invisible to Death himself.

Surprising muggles in the Empire State, Wow Stuff’s spellbinding cloak prototype apparated at the New York Toy Fair (February 2019). Delightfully decorated to match its appearance in “Harry Potter and the Sorcerer’s Stone,” this cloak of invisibility is a full 55 inches tall.

Although this clever cloak cannot be found in the US yet, WOW stuff does have a user guide posted to their website. 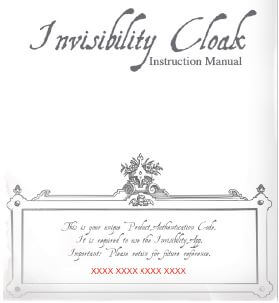 While the exterior resembles its movie counterpart, inside is all green. This allows for a bit of in-home movie magic via the required smartphone app. Each one comes with its own unique code that is entered into the app. Set the timer and then jump in front of the phone’s camera. Turn the cloak inside-out and wrap it around whatever is desired to be rendered invisible. Magically, whatever is under the garment mysteriously vanishes! 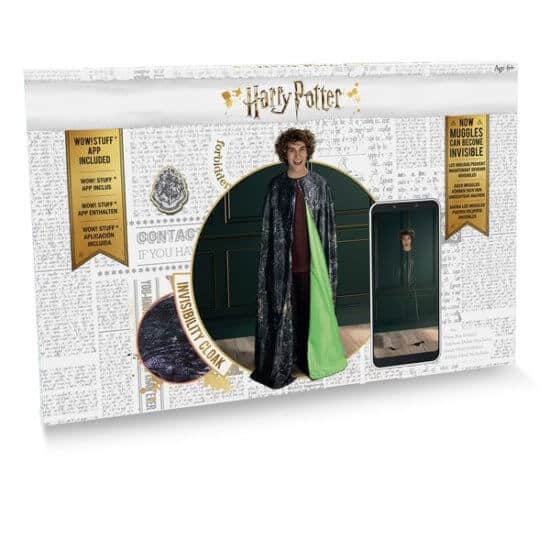 Standard style retails for about $70. Since recording the magic requires a perfectly still device, this set includes a folding phone stand. 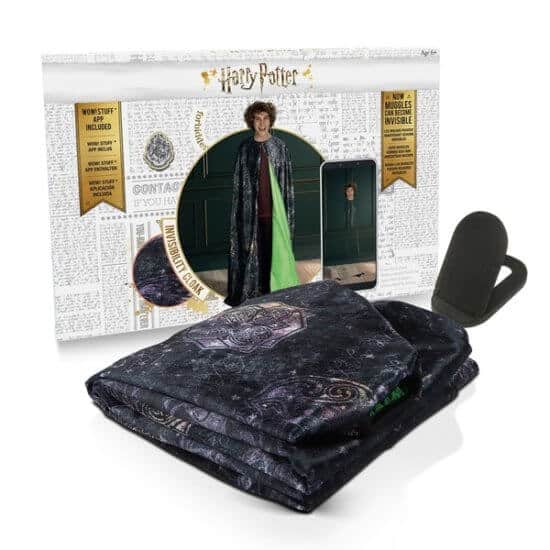 For an extra $10, the deluxe version adds a winding serpent pattern to the border of the cloak. Additionally, a tabletop tripod is shipped with this fancier selection. Images suggest the deluxe set is a complete Deathly Hallows collection. 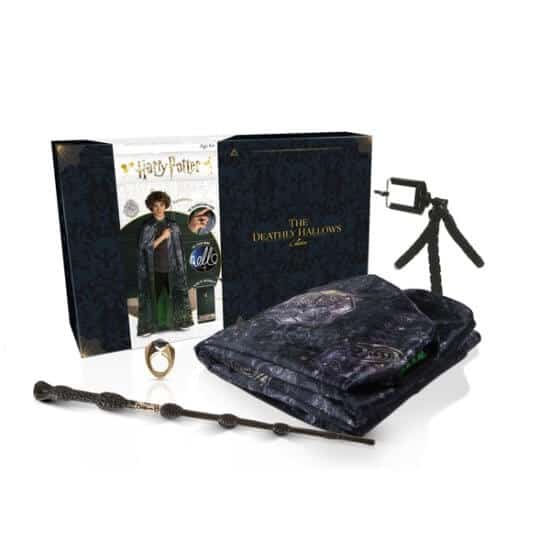 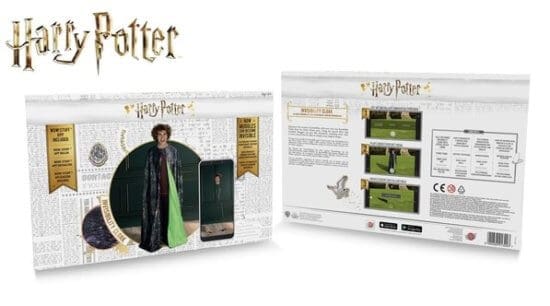 Comments Off on Harry Potter Invisibility Cloak now only $15!!