Diagon Alley entertains with clever musical performance, puppetry in Wizarding World of Harry Potter at Universal Orlando - Inside the Magic

In addition to shops, dining, and exciting rides, the new Diagon Alley expansion of Universal Orlando’s Wizarding World of Harry Potter features a flurry of entertainment, bringing life to the stunning design of the surrounding area.

Carkitt Market is the business side of Diagon Alley, a whole separate street running roughly parallel to the main one featuring many stores. Its stage is home to two new performances, one musical and the other featuring storytelling, both quite enjoyable.

Inspired by a single line from one of JK Rowling’s “Harry Potter” books, Universal’s entertainment team created a musical act called Celestina Warbeck and the Banshees. With a talented lead singer and equally talented backup dancers (who also sing), this group engages crowds passing through Carkitt Market with toe-tapping jazz songs that offer a wizarding twist. Though the lyrics in the act’s original songs reference cauldrons and Quidditch, they’re never over-the-top and are simply upbeat songs that can be enjoyed even without recognizing their “Harry Potter” connections. 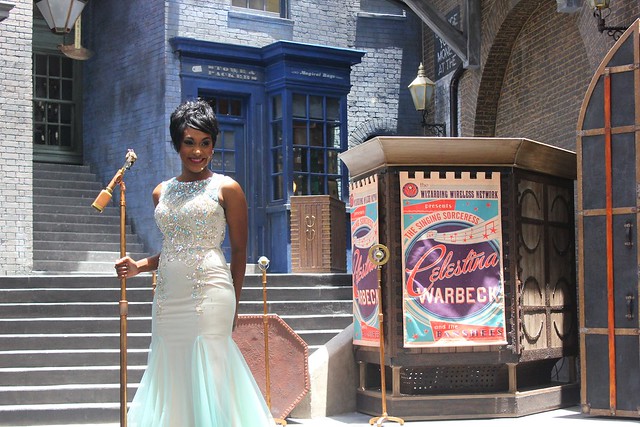 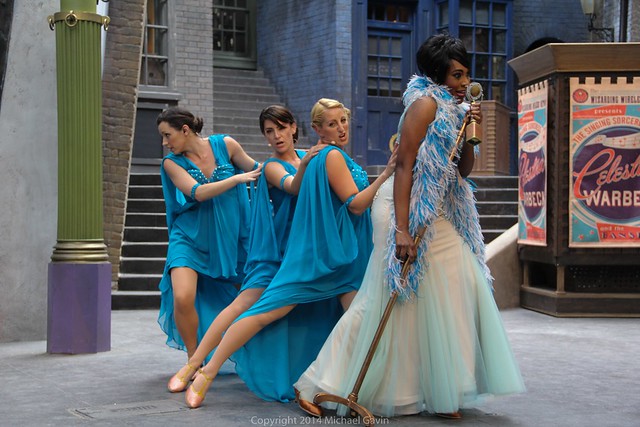 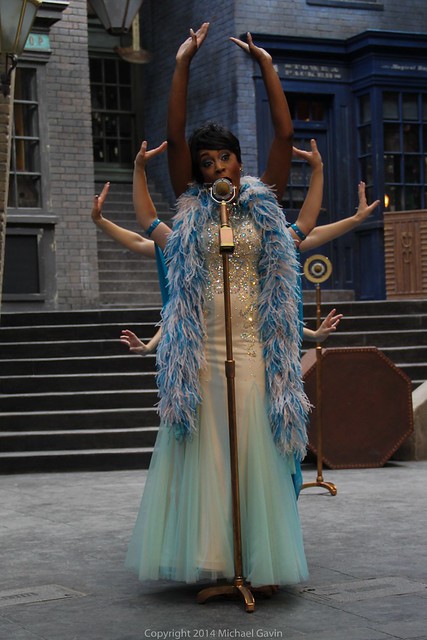 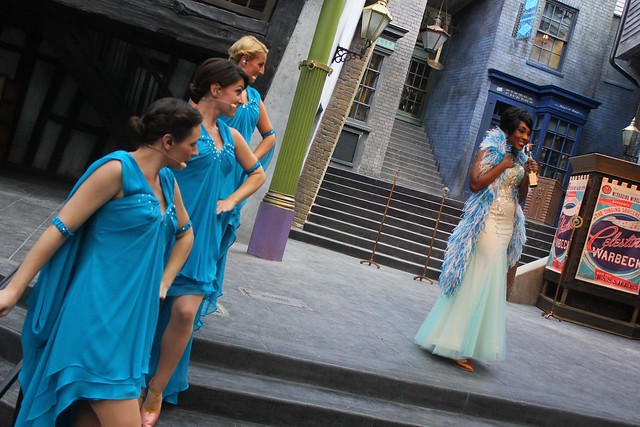 The group stays on the move, not contained to the stage, with their dancers traversing stairs, performing on a balcony, entering the audience, and even pulling guests into the show. It’s all extremely lively and enjoyable, adding a lot of fun to Diagon Alley.

Fables from “The Tales of Beedle the Bard”

A stark contrast from the Singing Sorceress, the other Diagon Alley show is based on JK Rowling’s book “The Tales of Beedle the Bard.” A group of four comedic puppeteers act out two different tales from the book, the most notable of which is the Tale of the Three Brothers, as seen in the “Deathly Hallows” film.

With puppets designed by Michael Curry, the show offers a bit of humor up front followed by a serious take on the death-infused story, culminating with Death himself arriving in giant form at the end. 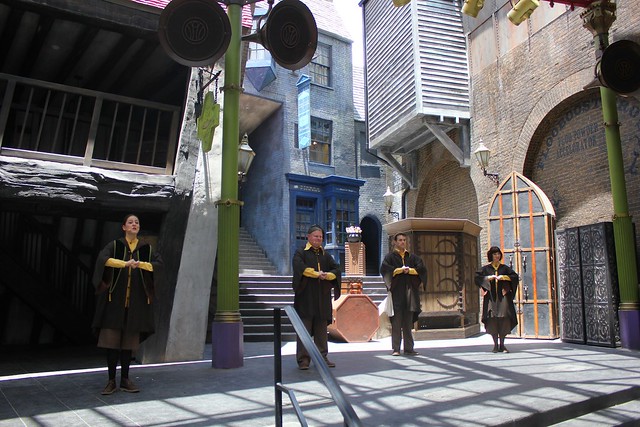 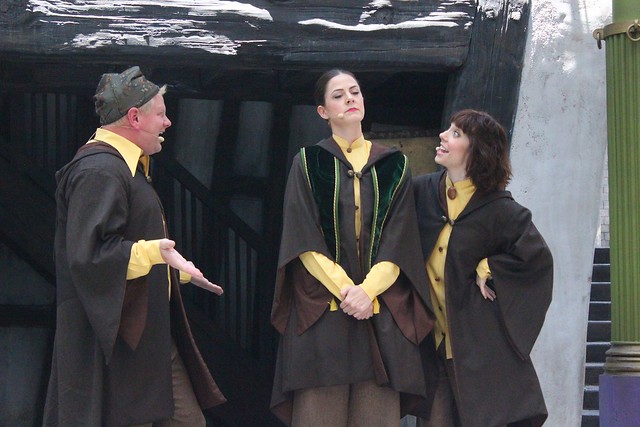 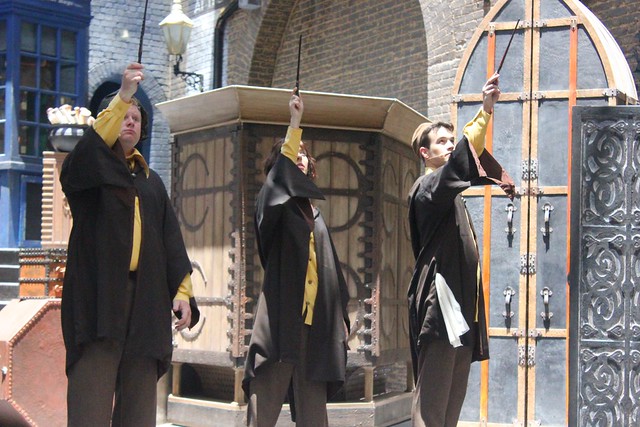 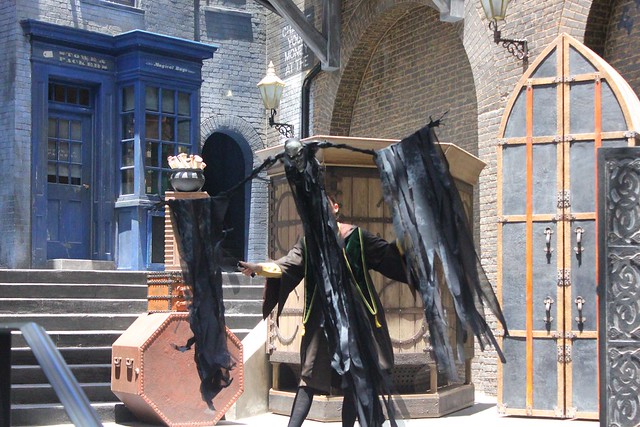 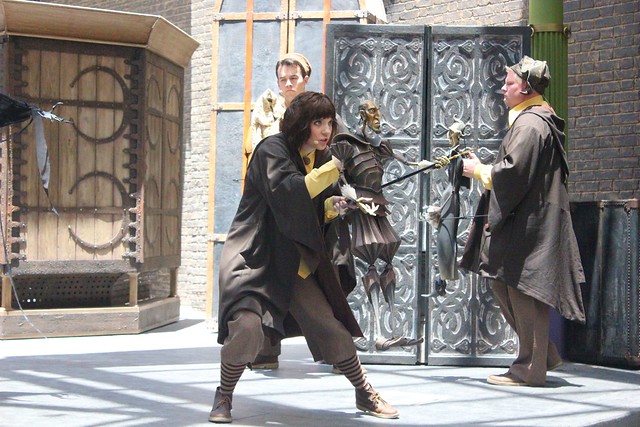 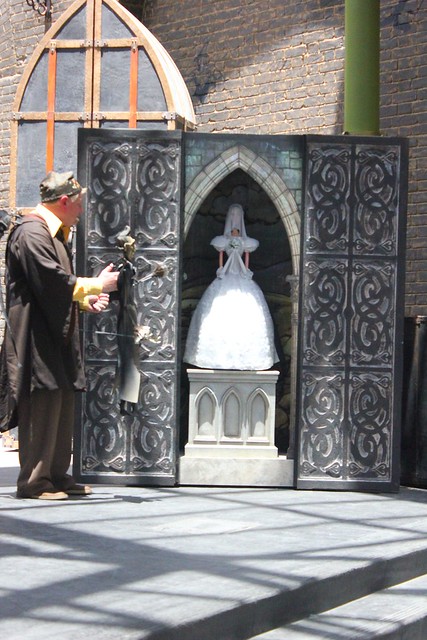 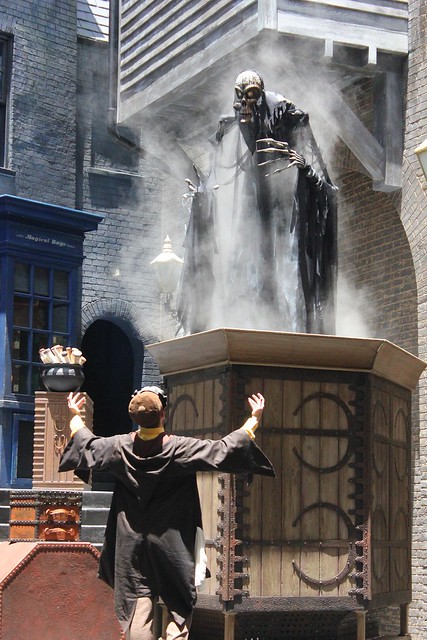 These two shows were designed to add energy to Carkitt Market, an area otherwise consumed with money changing hands. In the video interview below, Universal Orlando’s director of entertainment Mike Aiello explains the details behind the creation of each show and what he feels they add to Diagon Alley.

Both shows will be able to be seen regularly when Diagon Alley opens to the public at Universal Orlando on July 8, 2014.