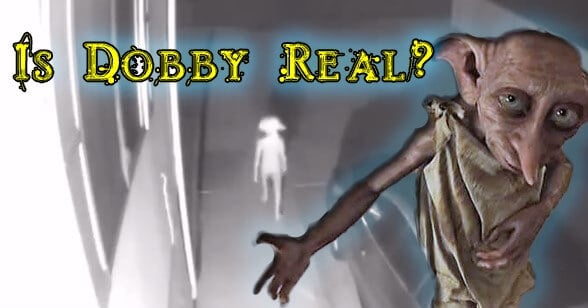 Dobby, or rather something appearing to be the beloved house-elf made an appearance in the Muggle realm. The strange creature wandered into the frame on a residential driveway cam this past weekend (June 9-10, 2019).

Social media is on fire with speculations as to what the pale figure might be. The creature’s bare feet slap on the driveway as floppy ears danced to its strange saunter.

Could this creature be Dobby? Pale, thin and short, the elf-like entity appears for about 5 seconds on the brief video clip. It appears to wear only a pair of shorts as it steps in front of the camera and wanders off. According to the Facebook post by Vivian Gomez, only one of three cameras caught the strange appearance in their lens.

Magical Creatures in the Muggle realm?

“So I woke up Sunday morning and saw this on my camera and am trying to figure out…what the heck?? First I saw the shadow walking from my front door then I saw this thing….has anyone else seen this on their cameras?? The other two cameras didn’t pick it up for some reason.” – Vivian Gomez via Facebook

Gomez, a resident of Colorado Springs, told Inside Edition that she believes the thing opened the door to her home. This is what started her security camera rolling. As evidence, she refers to a long shadow leaping across the driveway at the clip’s start. Gomez further explained that the device only records for 10 seconds. That limitation could explain an abrupt ending to the recorded action.

The alleged house-elf video has over 10 million views. With so many witnessing this bizarre footage, scores of theories emerged. Ideas range from space aliens to Dobby, the infamous house elf from “Harry Potter.” Others say the video is fake.

Dobby vs the experts

Experts lean toward the video being credible. Or, at least not doctored, according to Conor McCourt, a trained video analyst. 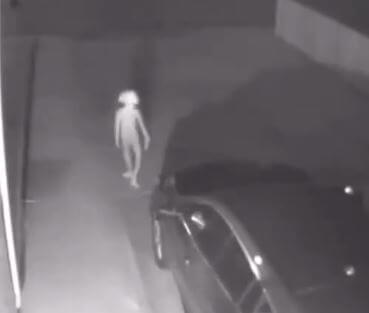 “My real suspicion is that it’s a child,” said McCourt. “… I’m seeing a highly reflective area in the head, it could be ponytails, it could be something else.”

McCourt added that he doesn’t believe the strange video is a fake. “What I’m seeing is a normal setup for a normal surveillance video. There’s nothing to indicate that it’s doctored,” he said. “… The more probable explanation is that it’s just some kind of normal circumstances.”

Asked whether the footage could show the house elf, McCourt didn’t rule it out.

“We are seeing a lot of similarities between the character Dobby and this ghostly image, so that must be looked at.” -Conor McCourt (as told to Inside Edition)

What are your thoughts on the possible magical creature appearance? Could this be Dobby or another house elf?

Comments Off on Dobby is FREE!! Dobby caught on muggle security camera?