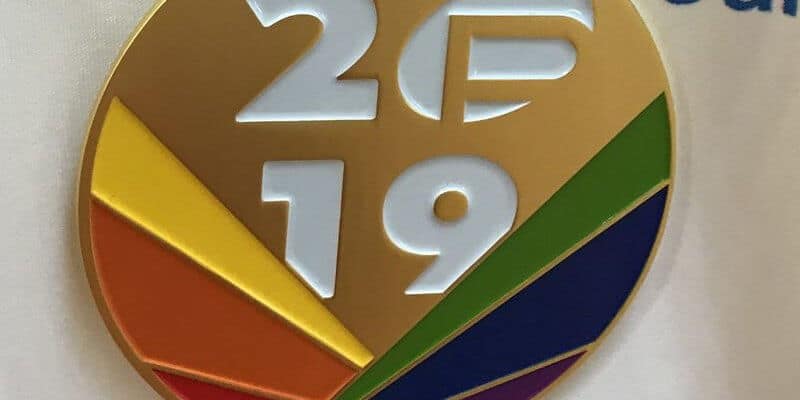 Most Central Florida runners dream of receiving one of the Disney medals awarded to those who take part in the runDisney marathons at the Walt Disney World Resort. However, this special Disney medal gives a whole new meaning to the award as it was designed by the company for runners taking part in a run honoring the victims of the Pulse Orlando nightclub shooting.

Over the weekend, thousands of racers participated in the third annual CommUNITY Rainbow Run to benefit the onePULSE Foundation and honor the 49 lives lost on June 12, 2016. And runners who took part in the event received Disney medals as their award!

Today we run for love. We run for hope. We run #forthe49. #WeWillNotLetHateWin #CommUNITYRainbowRun pic.twitter.com/lmYmjkJ0DI

The medals may not feature the Disney logo or company’s name. Although, they were designed by Yellow Shoes, .

“It’s an honor to design these medals,” said design director Will Gay. “Our guests love to collect these things.”

According to Orlando Sentinel, Disney was approached by OnePulse Foundation to create a medal for the race. Disney agreed and created and designed the medals, marking the first time the company has ever designed a medal for a race not affiliated with runDisney.

It was a humid day, but this race was one of my favorites. So much love here! ❤️ So many emotions. Thanks to @onePULSEorg for putting on an amazing event! #OrlandoStrong #LoveAlwaysWins #CommUNITYRainbowRun #StrongerTogether pic.twitter.com/5V3TJC1th8

“We did it because we wanted to give back,” said Steve Carsella, who created the concept. The medal features bright primary colors that symbolize a sunrise for a new day and on the back a pair of angel wings with 49 delicate tips to represent those lives lost.

Engraved on the medal is the message: “We will not let hate in.”

“This medal is about a celebration,” Carsella said. “It’s not meant to be somber. It’s meant to be uplifting. I want the medals to reflect that.”
Carsella, who admits he isn’t much of a runner, signed up anyway to run the three miles Saturday with his daughter, Sofie, who recently came out to her family as gay, which makes his medal design even more meaningful, he said.

Comments Off on Disney designs first medal not for runDisney