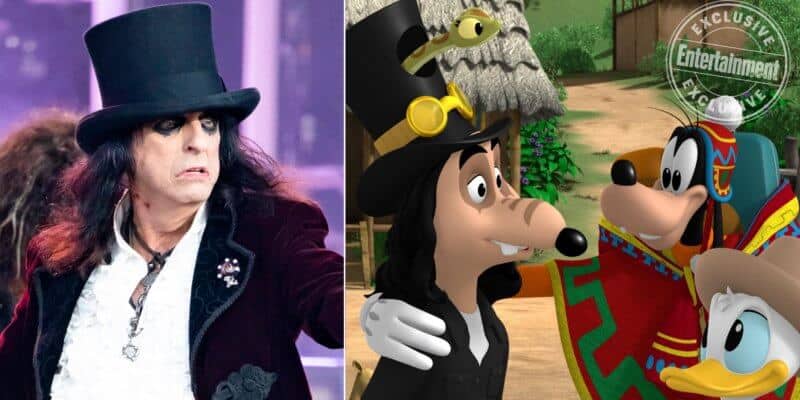 Alice Cooper just traded in his rocking music and electric guitar for something a little more wholesome as the heavy metal rock star was just animated for Disney Channel’s “Mickey and the Roadster Racers” a Disney Junior show for young children.

When most think of Alice Cooper, they think of over 50 years of jamming music featuring the singer’s raspy voice and wild performances including guillotines, electric chairs, and fake blood. However, it seems the rocker turned over a new leaf with a guest-starring spot in one of Disney’s Channel’s most popular televisions shows.

In the special episode titled “Goof Quest,” Cooper plays Alistair Coop De Ville, “an old friend of Goofy’s uncle,” who of course wears a top hat and has a pet snake.

“It’s so funny that they have a snake coming out of my top hat — the two things that Alice is known for,” Cooper, a self-described “huge Goofy fan,” tells EW of his new role. “And it’s a non-threatening character. Generally, when I play parts in movies or TV, I’m always the villain. It’s kind of nice to not be the villain for once.”

In the episode, Goofy, his Uncle Goof, and Donald all join forces with Alistair to search for a legendary treasure in the jungles of Peru. See an exclusive first look at Cooper’s character in the video above. 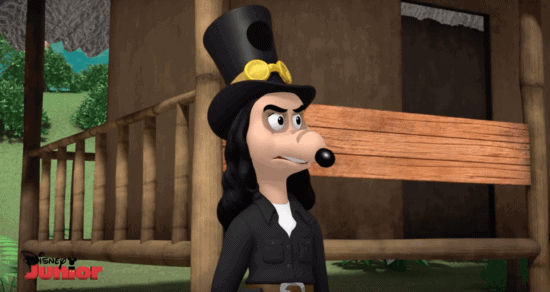 We have to say, Disney did a good job creating Alistair Coop De Ville as he really does resemble the famous rocker. De Ville features quite a few similar characteristics of Cooper’s, including his long hair, famous hat, and the dark coloring around his eyes, which is similar to the real rocker’s stage makeup.

If you want to see Cooper make his Disney Channel debut, be sure to catch his “Mickey and the Roadster Racers” episode when it airs Friday, July 5 at 8 a.m. on Disney Channel.

What are your thoughts of the wild rock star taking a guest-starring spot in a Disney Channel show? Let us know in the comments below!