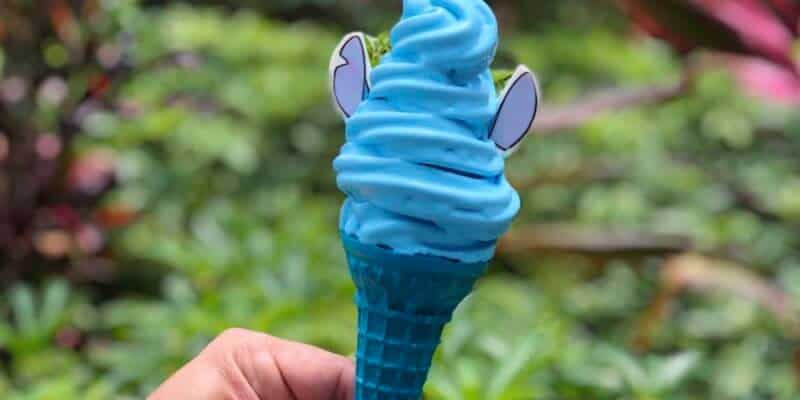 What better way to celebrate everyone’s favorite illegal genetic experiment on his special day than with a celebratory ice cream cone that perfectly captures the essence of the extraterrestrial.

For Disney fans who are new to the special holiday, before Lilo named the alien Stitch in Disney’s “Lilo & Stitch” film, the mischievous creature went by another name, Experiment 626. Well, this laboratory identification number happens to provide a perfect calendar date, 6/26 or June 26, which “Lilo & Stitch” fans have embraced as the ultimate opportunity to celebrate the beloved film.

The treat, perfectly titled the Experiment 626 cone, is only available today at the Pineapple Lanai at Disney’s Polynesian Village Resort.

Today only, the Pineapple Lanai at Disney’s Polynesian Village Resort is offering a special ice cream cone in honor of Stitch called the Experiment 626 cone! pic.twitter.com/KLwB1WXRoR

For those wondering if the blue colored ice-cream was concocted out of some intergalactic blue space formula–we hate to break the news that the cone is, in fact, only made of blue soft serve. Disney shared the news in a response on their original tweet.

Hi there! The Stitch Cone is vanilla ice cream. We hope this helps!

We’re assuming the blue coloring comes from food coloring. However, it doesn’t make the cone any less alienesque. The blue-colored cone also features two little ears made out of edible white chocolate, which are identical to Experiment 626’s. The left ear even includes a little notch in it, just like Stitch!

For the “Lilo & Stitch” fans who can’t be satisfied with only a special edition cone–remember, Disney is still working on a live-action remake of the original animated film! First revealed last October, the movie will be produced by Dan Lin and Jonathan Eirich, who just finished working on the recently released “Aladdin” live-action remake.

Mike Van Waes, a new writer in the industry, is said to be writing the script for the film. It’s not year clear whether or not the new live-action “Lilo & Stitch” film will go directly to theaters or to Disney’s upcoming streaming service, which is set to launch later this year.

Will you be stopping by the Pineapple Lanai at Disney’s Polynesian Village Resort to help celebrate the other-worldly creature? Let us know in the comments below!