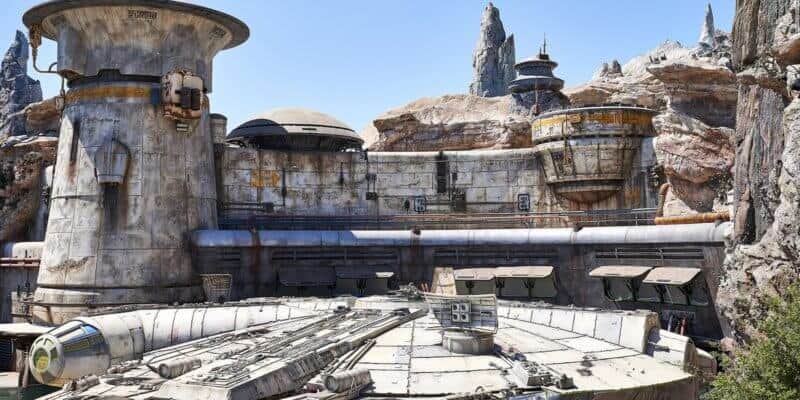 The opening of Star Wars: Galaxy’s Edge at Disneyland is this Friday and if you haven’t done this yet, now is the time to brush up on your Batuuese as you can’t barter with the villagers if you don’t speak the language. Here are a few phrases that will help you blend in with the natives!

Disneyland employees found in Star Wars: Galaxy’s Edge all speak in-universe lingo to all the other worldly travelers visiting the intergalactic land. Although, there’s nothing wrong with giving yourself a head start at familiarizing yourself with the lingo ahead of time.

For those reading this who are intimidated at the thought of speaking a language found in a galaxy far, far away, fear not. The language of Batuuese is fairly similar to English. Although, we will say there are a few regional catch phrases that might take you a few go arounds before you can fully grasp it. However, we’re confident that you and everyone in your party visiting will figure it out!

To begin, one phrase you’ll need wherever you end up in the land is “hello,” which Batuu has two greetings for depending on the time of day. “Bright suns” is what you say during the daytime and “rising moons” is your salutation for the nighttime.

To say goodbye, you say “til the Spires,” which is a fun reference to the many spires found throughout the land. As much as this works as a simple goodbye, you might also hear this phrase used as a rallying cry from Batuuans. A more formal goodbye includes “may the spires keep you” or on a more casual note, “good journey.”

Children in Black Spire Outpost are referred to as “younglings” or “padawans,” if they are strong with the force. Small space travelers who can’t walk around and need to be pushed in a stroller would refer to their baby buggy as “youngling transport.”

A more important word that everyone should know, wherever you are in the galaxy, is restrooms, which are known as “refreshers” in Galaxy’s Edge. Similarly, water fountains are referred to as “hydrators.”

Speaking of refreshers — according to Daily Breeze, if you’re looking for a fun Instagram-worthy moment in the land, be sure to head over to a refresher particularly close to the Blue Milk stand. Here is where you’ll find a hydrator with a very special effect! 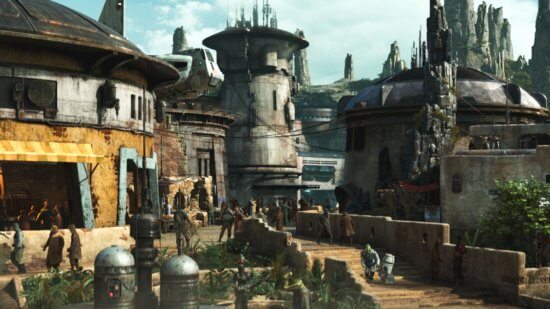 When you press the button for water, an audio-animatronic Dianoga beast will pop up in the glass cistern tank feeding the drinking fountain. The one-eyed creature, most famous from the Death Star trash compactor scene in the original 1977 “Star Wars movie, lives in the pipes supplying the refresher and hydrator.

For those looking for even more Batuuese phrases, be sure to download the Play Disney Parks app, which features your “data pad.” A translator tool found in the app lets users decipher languages spoken by alien creatures and those found carved into building facades throughout the land.

For those who are reading this that know they probably won’t retain any of this information prior to their visit to the “Star Wars”-themed land, when presented with information you don’t understand, you can always just say “only the ancients know.” This phrase means, “I don’t know.”

Are you going to brush up on your Batuuese prior to your first visit to Star Wars: Galaxy’s Edge? Let us know in the comments below!

Comments Off on Speak like a Black Spire native in Star Wars: Galaxy’s Edge