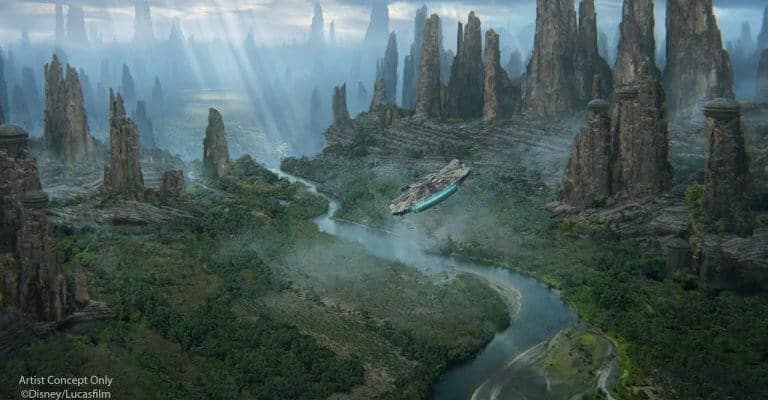 We’re just about a year away from the grand opening of the huge Star Wars: Galaxy’s Edge expansion at the original Disneyland in Anaheim, California (to be followed later in 2019 by Disney’s Hollywood Studios in Florida) and more details are slowly being unveiled. At this past weekend’s Star Wars Galactic Nights event at Walt Disney World, Imagineers working on the immense project gathered for an enlightening panel, where more information about the highly-anticipated new area was uncovered, including the name of its fictional central city.

“Because we’ve seen all these great characters and creatures and stories and locations take place on screen, we want to make a believable place. We want to make this a believable location in the Star Wars galaxy,” said Walt Disney Imagineering story editor Margaret Kerrison. “We have revealed before the name of our planet Batuu, but we would like to reveal the name of the actual village we’re coming to. The name of our village is Black Spire Outpost.”


“There’s a reason why we call it that,” continued Kerrison, divulging more details. Thousands and thousands of years ago, we imagined that there’s these tall, towering ancient trees that overlooked the river valleys here. Over the years, these trees eroded and petrified, and became these unique rock formations. As the planet became more of a minor crossroads for trade, people would stop by and know this planet for its spires.”

“But there was one particular spire that’s located centrally in the village, and this spire was more unique and blacker than all the rest. It became a [wayfinder] for all the travelers, all the smugglers, and bounty hunters who came by and said, ‘I’ll met you at the Black Spire.’ So it became this very infamous location, and this is the location where your adventures begin.”

“The largest settlement on the planet Batuu, Black Spire Outpost is an infamous stop for traders, adventurers, and smugglers traveling around the Outer Rim and Wild Space. Off the beaten path, this outpost has become a haven for the galaxy’s most colorful — and notorious — characters. Widely known for the petrified remains of its once towering ancient trees, the spires now stand guard across the river valleys and plains and have long captured the imagination of travelers to this planet. To the first settlers, these petrified spires became more than just landmarks; they became the heart of the outpost itself.” 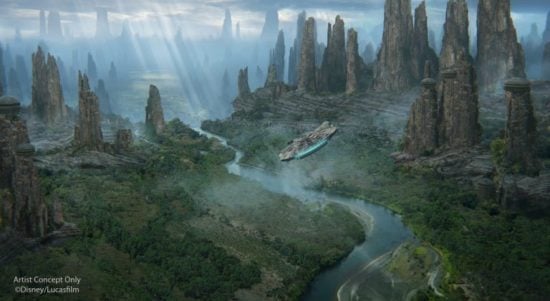