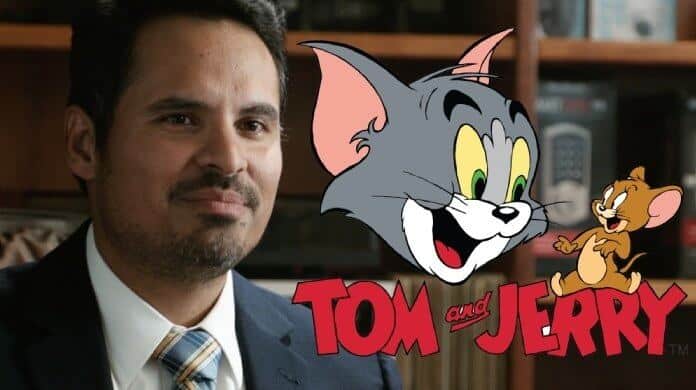 It seems “Tom & Jerry,” the iconic animated cat and mouse duo who stole the hearts of generations with their hilarious back and forth shenanigans, will be coming back to the big screen and this time they’re bringing “Ant-Man” star Michael Pena with them!

According to a new report from Deadline, Michael Pena has been cast as the antagonist of Warner Bros.’ upcoming “Tom & Jerry” film, which is reported to be a live-action/animated hybrid movie.

Reportedly, Pena is said to be playing Terrance, the deputy manager of the Park Hotel, which centers around much of the film. Terrance’s character is described as “a bit of a bully,” who hires Kayla (played by Chloe Grace Moretz) as a temporary hire, only to be pitted against her, Tom and Jerry once she starts to impress big wigs at the hotel.

In the film, Kayla recruits Tom, a broke alley cat, to stop Jerry from staying at the Park hotel. As we can only imagine, hilarity probably ensues right after Tom takes on this role.

According to Comicbook.com, concept art imaging Jennifer Lawrence as Kayla had leaked online earlier this year alongside the famous mouse and cat. Although, now it has been confirmed that Chloe Grace Moretz will take the role.

The movie will be directed by Tim Story, most known for “Fantastic Four and “Ride Alone.” The Script will be written by Bryan Schulz, Cornelius Uliano, and Kevin Costello.

When this movie premieres, it will mark the first-ever live-action hybrid rendition of the legendary characters on screen. The last time Tom & Jerry were seen on the silver screen was back in 1992 in “Tom and Jerry: The Movie.”

What are your thoughts of a live-action hybrid remake of “Tom & Jerry” starring Michael Pena and Chloe Grace Moretz? Let us know in the comments below!