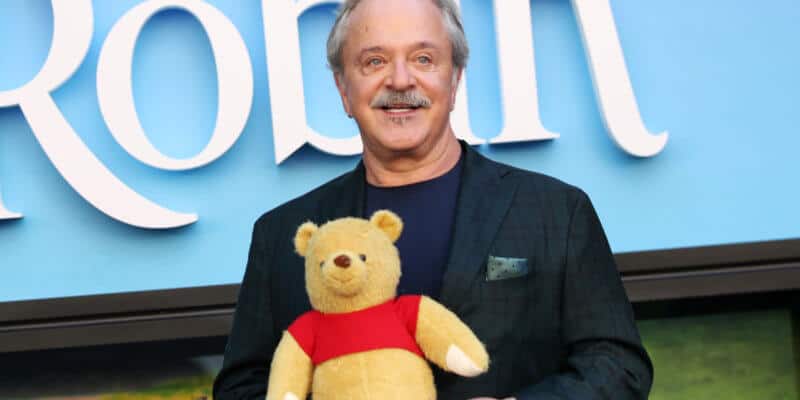 This story originally ran May 3 under the headline “Winnie the Pooh” voice star Jim Cummings accused of rape and animal abuse by ex-spouse.”

To the relief of Disney fans everywhere, Jim Cummings shared a tweet Friday night which appears to claim victory, just as we hoped, that the allegations made against the actor by his ex-wife Stephanie Cummings were false.

Friday nite&alls GREAT!!☺️My girls are officially safe and sound at HOME, ?adios false allegations, quotes, lies and nastyiness! Hello smooth sailing and peace. Blessings 2 all for your beautiful love and support for my family & I, God bless thank u all?

As we initially reported, the allegations made by the actor’s ex-wife were denied by Cummings.

Stephanie had claimed some serious allegations of “physical, sexual and emotional abuse,” but per Jim’s Tweet above, a full week after the court records were uncovered, Jim has been reunited with his girls.

All along, Jim had accused Stephanie of “obscene distortions.” He reportedly had tried to find resolution with his ex amicably, but as of May 3, the proceedings appeared to be anything but amicable.

To be clear, neither Inside the Magic nor any other media outlet has obtained access to the court documents, as such we can’t confirm the degree to which the courts sided with Jim. However, the reports from those who knew him best did seem to point towards this conclusion.

Inside the Magic will continue to update this story if new details become available.

Original article from May 3:

Jim Cummings, most known as the actor who voiced “Winnie the Pooh,” has been accused by his ex-wife of rape and animal abuse amid a bitter court case, according to a new report.

According to court documents filed by Stephanie Cummings, she alleges that her ex-husband and veteran voice actor Jim Cummings had “engaged in physical, sexual and emotional abuse including but not limited to death threats, rape, and various sexual deviant behavior forced upon [her] without consent.”

In response to these severe claims, Jim, who is now 66-years-old, says these are all part of her plan to ruin his celebrated career. Jim claims Stephanie once told him, “I am going to tell people Winnie the Pooh is a woman-beating, drug-addicted freak!,” according to The Blast.

The same report claims the couple is currently fighting over custody of and support payments for their two daughters in a Los Angeles court.

According to this same report, Stephanie claims the sexual harassment she faced from her husband had taken place throughout their relationship. After putting up with the abuse for some time, Stephanie said she had to get two restraining orders against him in 2011.

In addition to the sexual abuse, Stephanie also alleges that Jim abused their family puppy on multiple occasions. According to the report, once Jim had shattered the puppy’s hip with a broom and on another, he placed the canine “inside a metal bucket outside of the house on a day which it was over 100 degrees, then left it there for a long time” until it “came close to dying.”

According to court documents, Jim acknowledge that he had put the dog in a “tub” as a form of discipline and then forgot it was there “for a while,” but claimed the pet was fine. (Via The Blast)

Stephanie claims the couple originally split due to the fact that Jim was abusing “alcohol, marijuana, and Adderall.” She also shared that he had shown up to her house “uninvited while intoxicated or high on Adderall.” However, Jim claims he has never taken the drug.

In documents filed with the court, Jim has accused Stephanie of “obscene” “distortions.” In response to these claims, Jim commented, “Forcing’? Please, everyone, Gracie myself and especially YOU were all giggling and laughing, it was pleasant to have one moment of light-heartedness. We both erupted into laughter,” as shared on The Blast.

Jim says he tried to find resolution with his ex “amicably” but Stephanie has “outbursts of hostility” directed at him. According to Jim, one of these outbursts occurred last year when he refused to take her to the premiere of the Disney movie “Christopher Robin,” according to The Blast report.