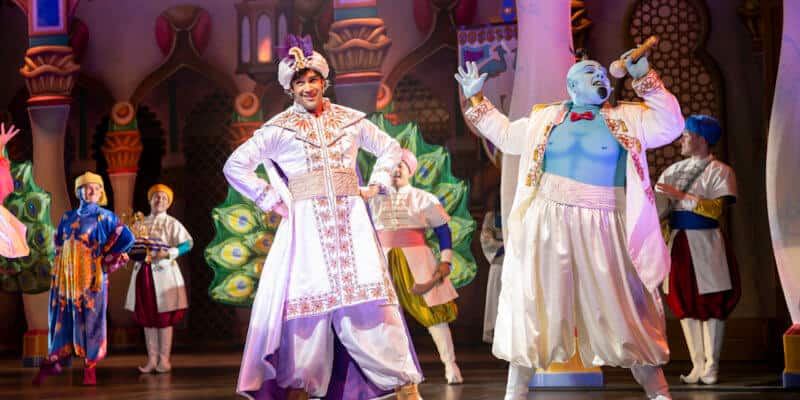 This summer, guests aboard the Disney Fantasy can delight in showings of the newly reimagined “Aladdin – A Musical Spectacular.” The show made its debut this week and has been given a whole new look and feel, including an updated script, enriched storylines, brand-new choreography, score additions, puppetry, reimagined costumes, lighting, video and projection design, and exciting pyrotechnics. We loved seeing “Aladdin” in theaters last week, so we’re so excited that an all-new version of the spectacular musical has been brought to life aboard the Disney Fantasy. Just like with the live-action film, Disney shared that the reimagined musical will inspire the next generation of “Aladdin” fans.

Disney also shared some awesome details for guests looking to book a Disney Cruise Line vacation. If you thought Mickey and Minnie’s birthday celebrations were over, you haven’t seen anything until you’ve experienced their party at sea. On summertime cruises aboard the Disney Fantasy, guests can enjoy Mickey and Minnie’s Surprise Party at Sea, a high-energy afternoon deck party from June through August on all Caribbean and Bahamian sailings. Guests can meet Mickey and Minnie in their special celebration outfits and even feast on themed food. How awesome is that?

For more details on the Disney Fantasy, check out the ship on the official Disney Cruise Line website here.

Have you ever been on a Disney Cruise? Let us know in the comments!