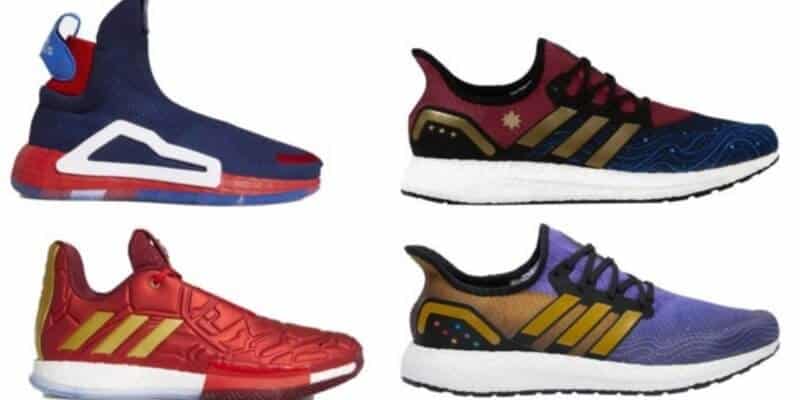 “Avengers: Endgame” has been taking the world by storm with all of the hype following the epic finale and today Marvel released one more card from up their sleeve — a new line of sneakers themed after the film!

The “Heroes Among Us” sneaker collection, which features six limited edition designs, was created in collaboration between Marvel x Adidas and includes the powers of NBA and WNBA athletes and Marvel superheroes.

The sneakers are said to have combined the athletic skills of James Harden, Damian Lillard, Candace Parker, John Wall, and Tracy McGrady mixed with the style of Iron Man, Black Panther, Captain Marvel, Captain America, and Nick Fury. Additionally, as part of the release, Adidas is also bringing back Jen Bartel’s AM4 Captain Marvel sneaker and debuting her AM4 Thanos design.

The shoes premiered today, following the premiere of the film, and will be available starting at 10:00 am EST in prices ranging from $110 – $180. Naturally, with any shoe drop, there is a chance they will run out of stock. However, the shoes will more than likely be available for resale on eBay or other internet outlets with a markup.

Here is the full breakdown for available designs and their prices:

The shoes were revealed on Twitter by designer Jen Bartel. In her tweet, she shared that the shoes would be found at select Foot Lockers in limited quantities in Los Angeles and New York City.

As of 3:00 pm EST. on April 26, 2019, many of the shoes are still available on the Footlocker website. Take a look at the shoes for yourself here.

Are you going to get a pair of these super shoes? Let us know in the comments below!