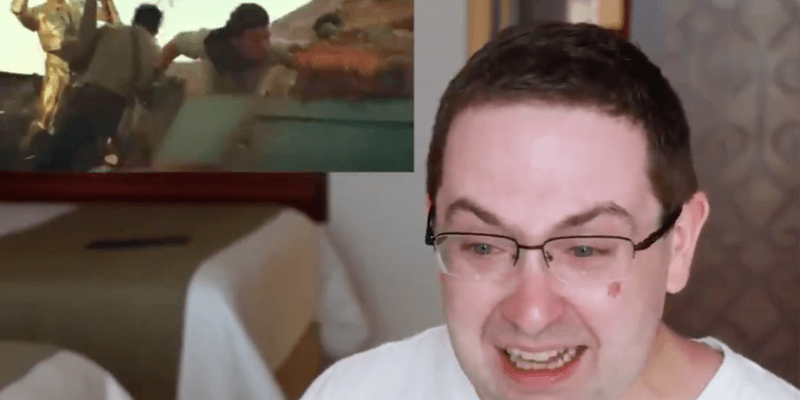 As we all know, the release of “Star Wars: The Rise of Skywalker” movie trailer was the biggest and most galaxy shattering news to come out of this past weekend’s Star Wars Celebration in Chicago. But for one man, it turned out to be the most emotional.

Fans everywhere have been going crazy for the release of the “Star Wars: Episode IX” official name and trailer and when it finally happened last Friday, it took the internet by storm! We finally learned of the end to the current trilogy and got a first look at what’s to come in the new film. Well naturally, as things come to an end it can be sad and sometimes the feelings you get can be beyond words.

Please tell me this is a troll. pic.twitter.com/NDaFLrcqHN

The video first surfaced on the internet over the weekend and it appears to be one man’s reaction video to the world famous trailer. For those who don’t know, these reaction videos can be quite popular on YouTube and social media due to the fact that they can sometimes show people having incredibly over the top and sometimes ridiculous reactions to movies, TV shows, and games. Generally, these videos are quickly shared and people move on. However, in this video, the way this man became so emotional so quickly, appearing to be almost hyperventilating at times, has caused quite the stir online.

The video begins with the man eagerly turning up the audio to the trailer, which is followed by the man taking deep breaths in excitement. This becomes more intense when Rey (Daisy Ridley) appears on the screen. When she goes for her lightsaber he gives an “ooooh”.

As the trailer continues, the man begins to tear up when she disappears from the screen, moving into a sequence of the Jedi Padawan jumping over an approaching spaceship, to which the man begins aggressively choking and swearing.

This is followed by sobbing as scenes of Kylo Ren (Adam Driver), BB-8, Chewbacca, and Lando Calrissian (Billy Dee Williams) appear on the screen, up until the end of the trailer.

The man in the trailer has not been identified. However, you can definitely tell he is a true Star Wars fan!

What are your thoughts of this man’s extreme reaction to the reveal of the “Star Wars: The Rise of Skywalker” trailer? Let us know in the comments below!