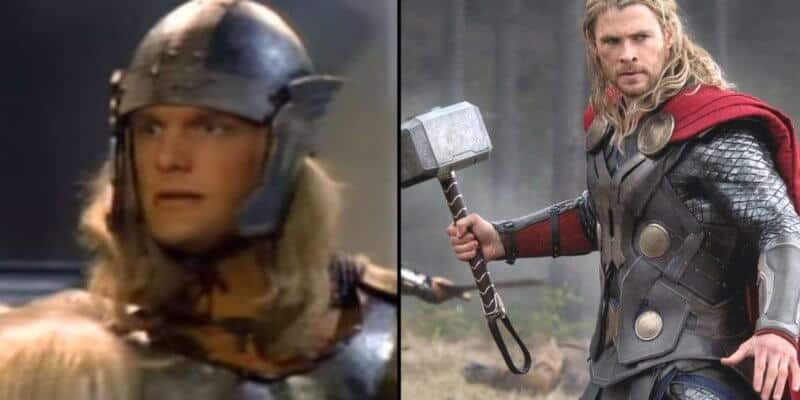 Everyone knows the Avengers as the world’s mightiest and most famous superheroes, gracing the big screen in theaters all around the world. But, like most, these protectors of the universe have fairly humble beginnings, where they appeared much less super than their current larger-than-life personas. Here is a look at some of your favorite Marvel Avengers in their live-action origins.

As we all know, much of what we see in the movies isn’t real anymore. From the enhancements of moviemaking technologies like CGI, video photoshop and countless others, our favorite heroes are able to appear even more super! But, Marvel’s superheroes were created way back in the days before these advancements. Additionally, not too long after this was when these heroes first appeared in “human form.”

Starting with everyone’s favorite neighborhood superhero, known for swinging from building tops, Spider-Man. Today, we see the masked character as Tom Holland, who sports a smaller frame and a vibrant and bright suit featuring stellar technologies, giving the hero even more abilities than ever before. However, back in the 70s, Nicholas Hammond first brought the character to life in a much more reserved fashion.

Hammond’s version of the suit featured a more orange-tinted red coloring and oddly round and attention-commanding plastic eyes. Back in the day, the mask connected differently to the rest of the suit and it caused the spider web lines on the mask to not align with those found on the shoulders and chest, which made for a sloppier look.

There isn’t a more patriotic superhero than Captain America. Now portrayed by Chris Evans, the character holds true to his flag-waving beginnings in his uniform, which still features the iconic Captain America-symboled shield.

Although, the superhero didn’t always rock such cool threads. In 1990, fans saw Matt Salinger in what can be best described as a patriotic Smurf-inspired look. The bodysuit featured a revealing spandex base with blinding red gloves, the captain’s iconic star logo on his chest, and wings and a large “A” on his head. Currently, this film holds only a 7% on Rotten Tomatoes and we’re curious if it has to do with this suit.

The son of Asgard and one of the hunkier superheroes in the Marvel Cinematic Universe, the hammer-wielding Thor now rocks an elaborate and eye-catching Asgardian armor.

Today, Thor’s look is so cool, it can stop planets in their orbit around the sun. But back in the day, when Eric Kramer appeared as Thor in the 1988 TV movie “The Incredible Hulk Returns,” his costume was definitely lackluster. The entire suit was made of a dull metal that resembled that of an old suit of armor and featured what appeared to be plush carpeting coming out of the shoulders.

Last and possibly the least, comes from the mighty green giant himself, who in the beginning, didn’t appear all that mighty.

Today, with the help of movie magic and modern cinematic technology, the Hulk has transformed into a massive being that towers over most of his enemies. However, back in the day, the Hulk was a little too human, as it was only Lou Ferrigno in green body paint.

Not to say Ferrigno didn’t have an incredible physique, because he did! Although, compared to the incredible cinematic standards set today, looking back, Ferrigno looked similar to a frat boy at a big college game.

What are your thoughts on these Marvel characters original looks compared to today? Let us know in the comments below!