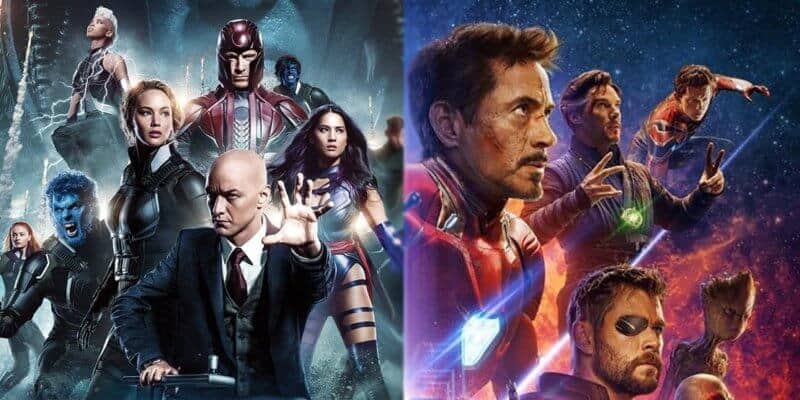 The Disney-Fox merger is finally complete, and Disney is not wasting any time letting everyone know what they’ve recently acquired.

Disney showed a sizzle reel at CinemaCon teasing X-Men in the MCU with back-to-back scenes of Hugh Jackman as Wolverine and Chadwick Boseman as Black Panther, and this was met with quite the reaction from fans and Disney officials alike.

“I’ve put some sizzle reels together in my time, but that one blows my mind, I’m still just getting my mind around this,” said Head of Disney Films Alan Horn.

As Comic Book News points out, the sizzle reel showed Jackman’s Wolverine saying the line, “What is this place?” and then cut to Boseman’s Black Panther, as though the two characters were interacting with one another. Though this sizzle reel doesn’t confirm that Wolverine and the other X-Men will be joining the MCU, it certainly does hint at it. Even more so, the reel is a nod to Disney’s assertion that they now have the rights to incorporate the X-Men and other characters into the MCU as much as they want.

“We’ll be more than the sum of our parts,” Horn said at CinemanCon. “We’ll be the north star as Disney and Fox continue to move forward…We have an unbelievable collection of stories, characters, and worlds to explore, coming from bold, visionary filmmakers.”

Horn continued to point out that now that the Disney-Fox merger is set in stone, The Walt Disney Company has countless material to work with. The merger became official as of March 20, and at that time Disney owned 21st Century Fox’s movie studio, regional sports networks, FX and National Geographic channels, and Fox’s stakes in Hulu and Sky. As part of Disney’s acquisition of Fox, the company now owns the rights to several successful film franchises, including but not limited to “X-Men,” “Deadpool,” “Fantastic Four,” and “Avatar.” And since Disney has already acquired Pixar, Lucasfilm, and Marvel in years past, the entertainment giant can create innumerable new entertainment and even remakes of past Fox films. The first Disney-Fox release will be the faith-based drama “Breakthrough” on April 17, but we’re sure there is a lot more coming our way.

Several films are rumored to come from the Disney-Fox merger, as was hinted at in the sizzle reel. We don’t know about you, but an Avengers vs. X-Men film sounds pretty awesome to us. We’re definitely excited to see what’s up next for the Disney-Fox filmmakers.

What Disney-Fox film are you most excited to see in the future? Let us know in the comments!