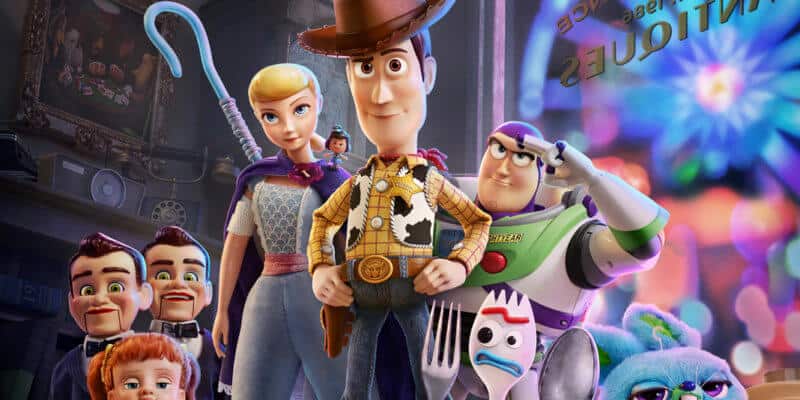 Disney has finally given us our first full-length, in-depth look at Disney/Pixar’s “Toy Story 4,” which for the first time, tells a new story where Woody gets separated from the gang. Not only is everyone left fending for themselves while trying to reunite, but some are left wondering about the bigger picture. Specifically, what lifestyle is best suited for a toy.

The trailer begins with the introduction of Bonnie’s (the gang’s owner/child) newest toy, Forky, who the little girl made in her arts and crafts class. In the trailer, Forky is deemed “the most important toy” by Woody, who continues this point by stating that they “all have to make sure nothing happens to him.” But of course, something does.

On a family RV trip, Forky makes an escape as he claims he is not a toy and is only meant for the one-time consumption of soup, salad and possibly chili as he jumps out of the vehicle’s window. Woody, being the good toy that he is, follows him and begins what appears to turn out to be a life-changing journey for himself.

During this emotional trip, Woody comes across his old pal and love interest, Bo Peep, who teaches Woody of the “lost toy life,” where toys exist for themselves and not a child. In a pivotal scene from the trailer, as Woody and Forky are on their trip alone, Forky asks Woody if they’re returning to Bonnie, to which Woody hesitates and doesn’t reply. All the while, the rest of the gang  (Buzz Lightyear, Jessie, Rex, Slinky Dog, Mr. and Mrs. Potato Head, and the others) are hatching a plan to save the two when the family’s RV stops at the carnival Woody and Forky end up at during their trip.

From this trailer we have to wonder, will this trip change Woody’s ways forever or will he choose to return to Bonnie and the rest of the gang? Regardless of what choice Woody makes, I think it’s safe to say either road will leave us all in tears.

What are your thoughts of this first full-length trailer for “Toy Story 4”? Let us know in the comments below!