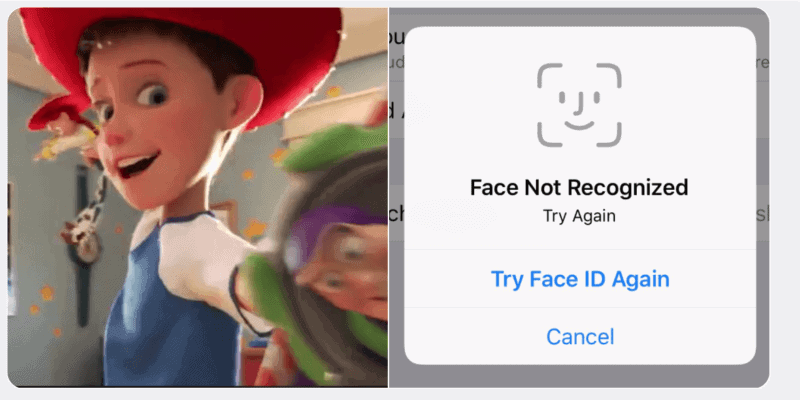 As most Disney/Pixar fans know, a moment we’ve all been waiting for finally occurred yesterday morning–the premiere of the first full-length trailer for “Toy Story 4“! And of course, when fans get any new trailer for any highly-anticipated film, they are usually pretty quick to analyze every last second of it. Well, upon some analyzation by fans of the “Toy Story 4” trailer on Twitter, it was found that a few shots involving Andy show the boy with somewhat of a new look from the original films. Naturally, the only logical conclusion that can be drawn from this occurrence would be that Andy had “plastic surgery,” which many users on Twitter were quick to claim in an explosion of tweets now circulating the internet.

On the road of life there are old friends, new friends, and stories that change you. #ToyStory4 pic.twitter.com/GNZMD67krq

In the new trailer, featured above, we see Andy in only one quick shot about two minutes into the preview in what appears to be that of a flashback. In the shot, Andy can be seen happily spinning in circles with two of his favorite toys, Jessie and Buzz. However, in this scene, we also see a few changes in the boy’s face, including a change in bone structure and hair texture, specifically. 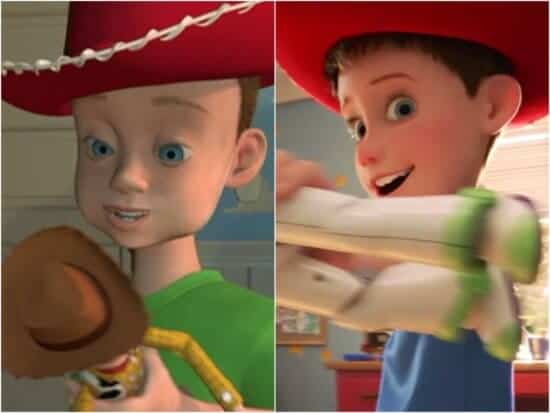 In tweets by fans, many asked “Did Pixar forget what Andy looks like?” and made comparisons to flashbacks from previous films showing the famous animated boy’s appearance looking a little different.

Did Pixar forget what Andy looks like? #ToyStory4 pic.twitter.com/JVzoLHwPVP

A more comical tweet that came out of all the commotion was a meme showing Andy in the new trailer and a Face ID prompt stating “Face Not Recognized,” which is generally found on a capable iPhone, from Twitter user Mart8ndo.

Another tweet that had us chuckling was a collection of screenshots of Andy from all four films assembled with a caption reading, “Andy from Toy Story will go down in history as the youngest child on Earth to go through intense facial reconstruction surgery 4 times,” said Mark Ricci.

Andy from Toy Story will go down in history as the youngest child on Earth to go through intense facial reconstruction surgery 4 times. #ToyStory4 pic.twitter.com/AlUKDAHn8e

In all the hullabaloo regarding Andy’s face, another group of Twitter users joined the conversation with a much different theory that claimed the changes made to Andy’s face were not from plastic surgery after all. Instead, they theorize the flashback shot of Andy may not even be a flashback, but a flash forward!

Plot twist: that’s Andy Jr. Andy got buzz for his 8th bday in ‘95 so Andy like 32 now straight up https://t.co/TVRdlusAQO

Andy went to college. He grown. This Andy Jr. https://t.co/DIAb5w18zb

As part of this possible “flash forward,” the boy seen in the trailer may not be Andy at all, but instead his possible son.

However, in a report by Insider, which questions this theory, it draws attention to the fact that the scene shows the boy playing with Buzz and Jessie in a room featuring Andy’s recognizable posters, wallpaper, and red lamp. If this is the case, there is a good chance that the boy seen in the trailer is, in fact, Andy.

One more probable bet that could be made in the situation is that the first “Toy Story” film was not only the first feature film ever made by Pixar, but it was also the first feature-length film to be entirely computer animated as well. And when this film was created, back in 1995, this type of technology was still in its origins. So naturally, as iterations from the film series were made over time, technology became better with each film, which could have resulted with Andy appearing slightly different in each film.

For an in-depth look at the new “Toy Story 4” trailer, click here.

Do you think Andy got plastic surgery for his most recent role in “Toy Story 4”? Let us know in the comments below!