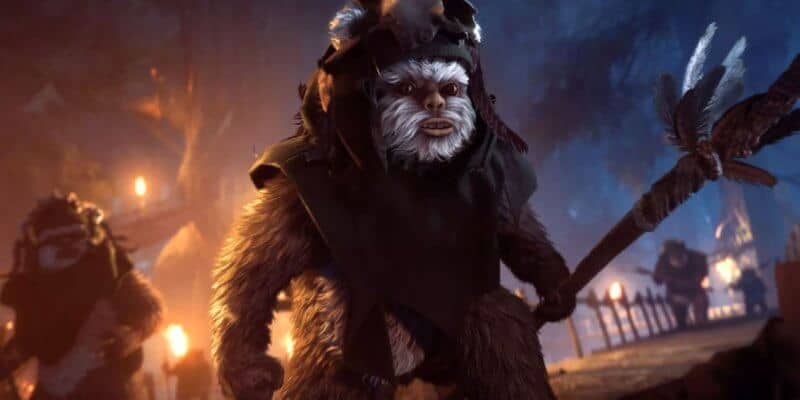 Disney+, The Walt Disney Company’s new streaming service premiering later this year, will include an incredible lineup of content when it goes live. Some of that content includes a Scarlet Witch and Vision TV series, all of Disney’s films ever created to date, and the Star Wars series “The Mandalorian,” just to name a few. But now, new rumors are pointing to an additional project by the company, possibly revolving around one of the Star Wars franchises most beloved creatures, Ewoks!

According to /Film, new rumors have been swirling of a possible show featuring the return of these furry creatures. For those not familiar with these fuzzy mammaloid biped beings, they were first seen in “Star Wars: Return of the Jedi,” when they captured Han Solo, Chewbacca, Luke and the droids in a trap and have since gone on to be a famous species in the intergalactic film franchise.

In the report, which should be taken lightly as this news has not been confirmed by Disney or any other official sources, MovieHole claims “that a “reputable insider” is hinting that Disney is “secretly working on other Star Wars projects that’ll premiere on the small screen.” One of those upcoming projects may feature the return of the Ewoks. However, the report does also state “It’s unlikely this possible project would be part of the first phase of Star Wars shows coming to the platform, which are rumored to kick off around Halloween, but could be part of the second run, rumored to launch in the next 12-18 months.”

As exciting as this news would be if true, how some fans would react to the possible series is unknown as some find these teddy bear-like creatures to be a weaker link from the original trilogy that was only added to the franchise for financial gain by Lucasfilm and not entertainment purposes. According to Tami Katzoff of MTV News, “a prevailing theory among Ewok-haters is that the creatures were originally conceived as a sure way to appeal to small children and sell plush toys to their parents.”

What are your thoughts on a possible Ewok centered show coming to Disney+? Let us know in the comments below!