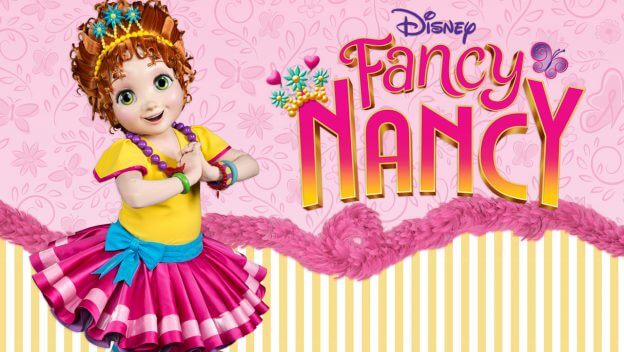 It’s about to get fancy at Disney Parks! Starting in May, Disney Junior’s Fancy Nancy will begin meeting-and-greeting fans at Walt Disney World and Disneyland Resort.

Fancy Nancy Clancy is a 6-year old who loves everything fancy, especially French things. The computer-animated TV series is based on the books of the same name and debuted on Disney Junior in 2018. Here’s how Disney describes the show:

Disney Junior’s animated family comedy “Fancy Nancy” follows six-year-old Nancy, whose imagination and enthusiasm for all that is exquisite transforms the ordinary into the extraordinary – from her vast vocabulary to her creative and elaborate attire. Nancy uses ingenuity and resourcefulness to exemplify that even if life doesn’t always go as planned, it’s important to make the most of each day and encourage others to do the same.

Beginning May 1, the character arrives at Disney’s Hollywood Studios at an all-new character greeting location in Animation Courtyard. She’ll be meeting new friends in front of her backyard playhouse.

Then, later in May, Fancy Nancy will also make her way to the West Coast at Disney California Adventure. Fans can see her just outside of “Disney Junior Dance Party!” in Hollywood Land.

You can catch episodes of “Fancy Nancy” weekdays on Disney Channel and daily on Disney Junior. The show is also available on the DisneyNOW app.

Be sure to say “Bonjour!” to the fan-favorite Disney Junior character starting May 1 at Disney’s Hollywood Studios and later in May at Disney California Adventure!